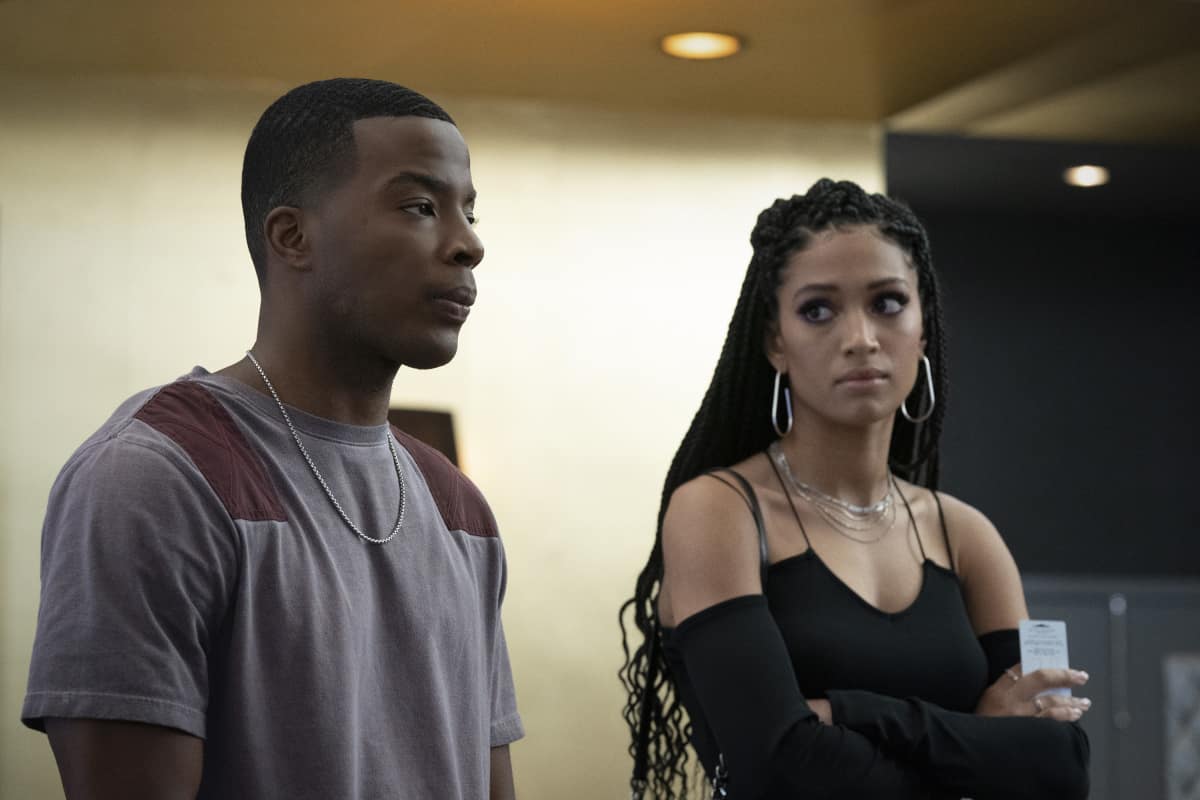 ALL AMERICAN Season 3 Episode 7 Photos Roll The Dice – “Roll the Dice” GETTING THINGS CLEARED UP – With Coop (Bre-Z) performing in Las Vegas, Spencer (Daniel Ezra) and some of the gang take a road trip to see her and Layla (Greta Onieogou) on tour. Layla is nervous to see Spencer and admit how she is feeling towards him, and surprisingly Spencer also gets a little clarity on his feelings. Olivia (Samantha Logan) surprises the group last minute, but she notices that Jordan (Michael Evans Behling) and Simone (guest star Geffri Maya) are acting suspicious, so she enlists Spencer’s help to see what they are up to. Meanwhile, with the urging of Coop, Patience (Chelsea Tavares) tries stand up for herself, but JP (guest star Ray Campbell) has other plans leaving Patience stunned when she discovers the reason why. Taye Diggs, Cody Christian, Monet Mazur and Karimah Westbrook also star. Dawn Wilkinson directed the episode written by Mike Herro & David Strauss (#307). Original airdate 3/1/2021. s03e07 3×07 3.07