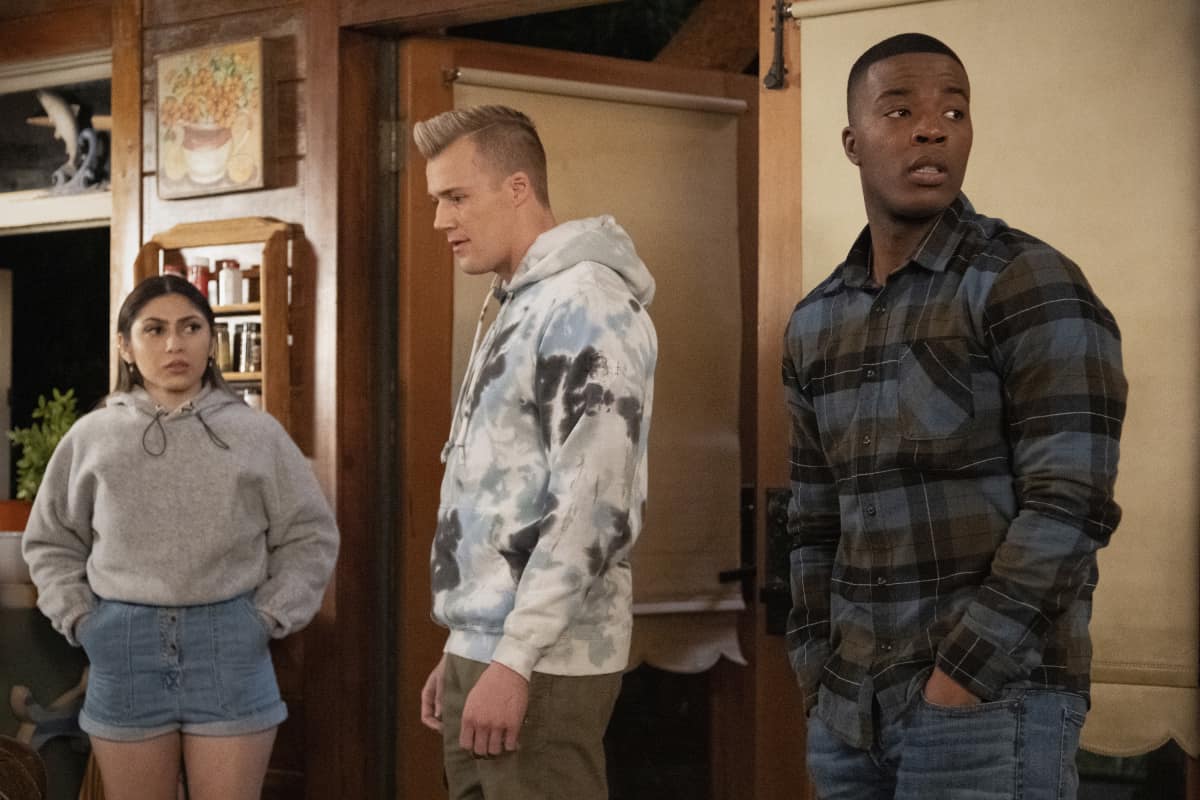 ALL AMERICAN Season 3 Episode 6 Photos Teenage Love – “Teenage Love” REFLECTION – With everything that has been going on, Spencer (Daniel Ezra) needs some alone time to clear his head and decides to go to the family cabin, but he gets a surprise instead from his friends. Grateful for support, everyone seems to be having fun, until secrets come out. Coop (Bre-Z) is still reeling from everything Spencer said and turns to Patience (Chelsea Tavares) for guidance. Meanwhile, Billy (Taye Diggs) shows up to the house to do a few repairs, but when things go awry, Billy and Laura (Monet Mazur), work together to fix the problem. Cody Christian, Michael Evans Behling, Samantha Logan, Greta Onieogou and Karimah Westbrook also star. Nikhil Paniz directed the episode written by Lorna Osunsanmi & Carrie Gutenberg. (#306). Original airdate 2/22/2021. s03e06 3×06 3.06