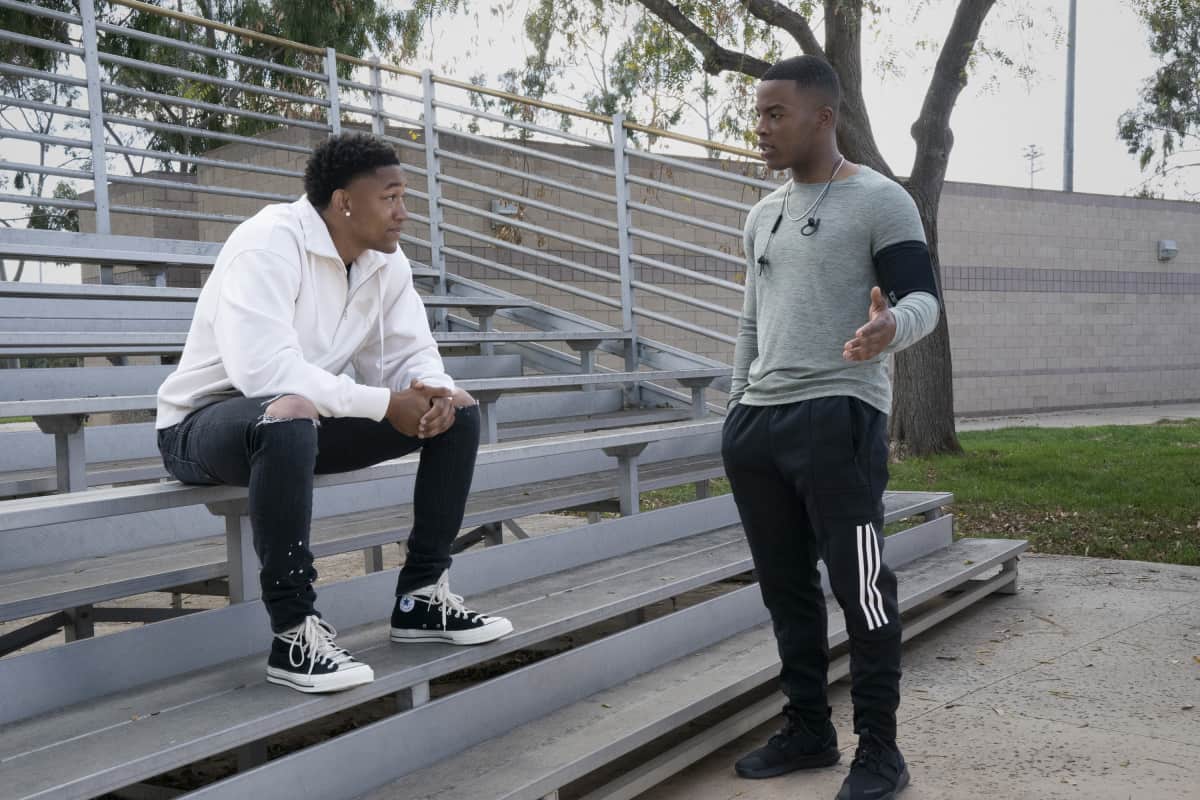 ALL AMERICAN Season 3 Episode 17 Photos All American Homecoming – MORE TO THE STORY – Ready to get out of town for a few days, Spencer (Daniel Ezra), Olivia (Samantha Logan), Jordan (Michael Evans Behling) and Simone (guest star Geffri Maya) decide to visit Simone’s aunt’s Amara’s (guest star Kelly Jenrette) at her HBCU in Atlanta where she is a journalism professor.

The group is relishing in campus life, but it also is giving Simone and Olivia a different perspective they weren’t expecting. While enjoying herself, Simone has a run in with a star baseball athlete named Damon (guest star Peyton Smith), who she learns has his own reasons for being on campus. Meanwhile, Amara is on to a big story involving her college and takes a risk that could make her unpopular. Michael Schultz directed the episode written by Nkechi Okoro Carroll. (#316). Original airdate 7/5/2021. s03e17 3×17 3.17 s3e17