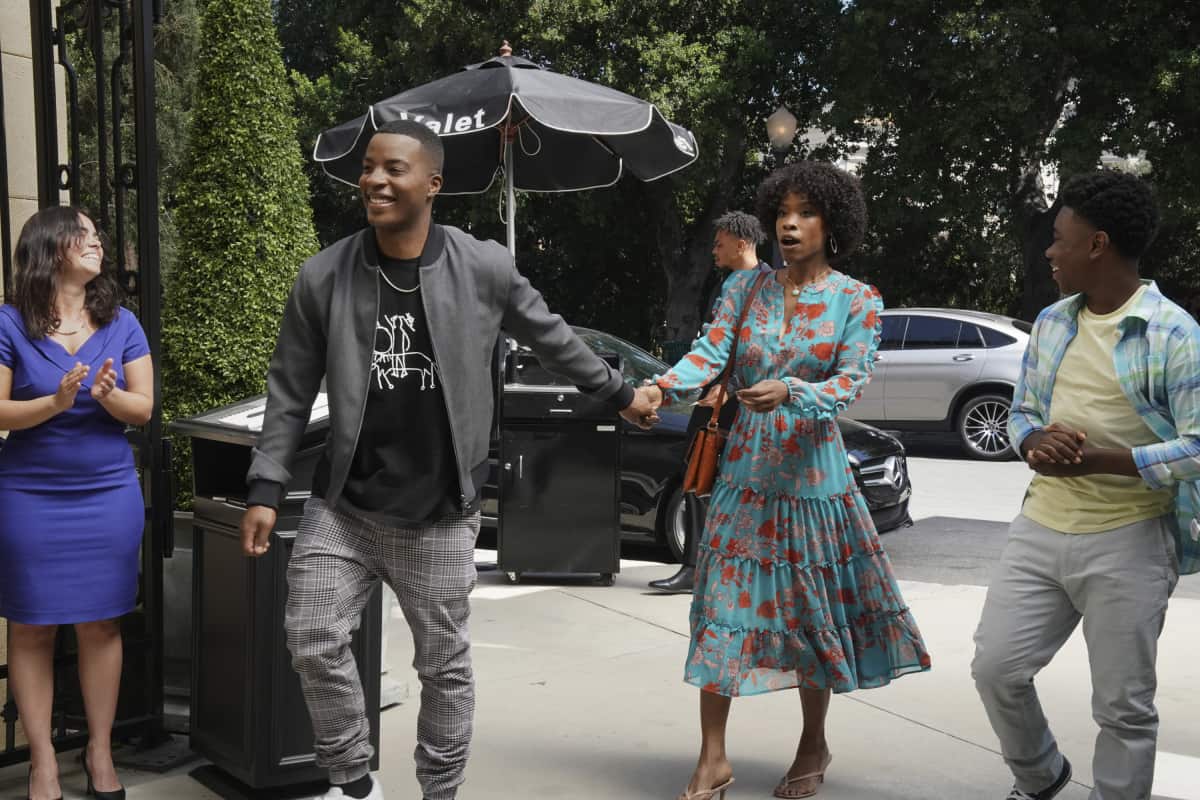 ALL AMERICAN Season 3 Episode 13 Photos Bring The Noise FINDING THE JOY – When Spencer (Daniel Ezra) learns that Grace (Karimah Westbrook) skipped her own college graduation, he enlists Olivia’s (Samantha Logan) help to throw her a surprise party, which helps distract them from reality. Billy (Taye Diggs) is worried about his players chances at college recruitment, so he tries to organize a scrimmage game to help, but it’s not as easy as he hoped. Coop (Bre-Z) finds herself in a tough spot with Layla (Greta Onieogou). Meanwhile, Asher (Cody Christian) is forced to confront his feelings for his mom’s fiancé, as well as his feelings about Vanessa (guest star Alondra Delgado).