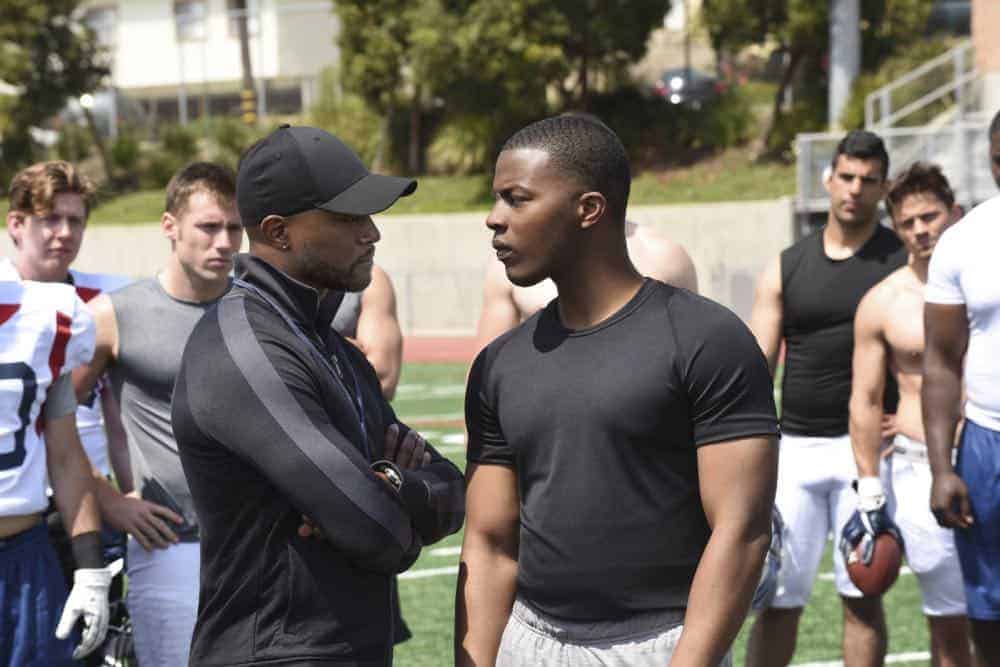 ALL AMERICAN Season 1 Episode 1 Photos Pilot – “Pilot” INSPIRED BY THE LIFE OF FORMER NFL PLAYER SPENCER PAYSINGER – Spencer James (Daniel Ezra) is a rising high school football player and an A student at South Crenshaw High who is recruited by Beverly High School’s football coach Billy Baker (Taye Diggs). Spencer is conflicted on whether or not to move to Beverly High but Spencer’s mother, Grace (Karimah Westbrook), and his best friend, Coop (Bre-Z), convince Spencer it’s an opportunity he has to seize. When Spencer is forced to move in with Billy and his family, these two families and their vastly different worlds are drawn together. They will discover that the differences that divide us on the surface hide a deeper connection – the complicated, imperfect humanity that unites us all.