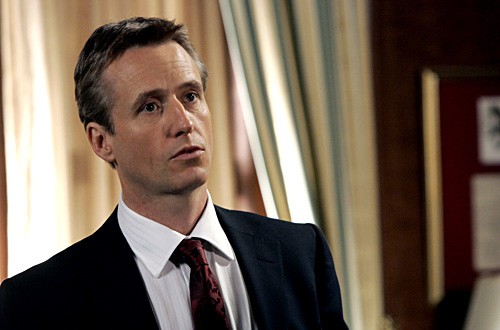 HISTORY announced today new casting for season two of its hit drama series VIKINGS, including Alexander Ludwig (The Hunger Games) as Bjorn, the intelligent and bold warrior son of Ragnar Lothbrok and Linus Roache (Law & Order) as Ecbert, King of Wessex, a man full of strength, knowledge and undisguised ambition.

HISTORY has picked up VIKINGS for a 10-episode second season. Season two will begin production this summer and is slated to return in 2014.

VIKINGS tells the extraordinary tales of the lives and epic adventures of these warriors. The drama portrays the world of these Dark Age raiders, traders, explorers – not from an outsider’s view, but, through the eyes of Viking society.

Created and written by Michael Hirst – one of the premier historical story-tellers in the industry (Academy-Award winning film Elizabeth; and the Emmy and Golden Globe nominated series The Tudors), Michael serves as Executive Producer along with Morgan O’Sullivan of World 2000 (The Count of Monte Cristo; The Tudors), John Weber of Take 5 Productions (The Tudors; The Borgias), Sherry Marsh, Alan Gasmer, James Flynn (The Tudors; The Borgias) and Sheila Hockin (The Tudors; The Borgias). Dirk Hoogstra and Julian P. Hobbs are the Executives in Charge of Production for HISTORY.
VIKINGS is an international Irish/Canadian co-production being co-produced by World 2000 and Take 5 Productions. HISTORY broadcasts domestically in the U.S.  MGM Television brought the series to the network and brings VIKINGS to the global audience, serving as the international distributor outside of Ireland, Canada and the U.S. VIKINGS is produced in association with Shaw Media, and the series also airs on HISTORY in Canada.