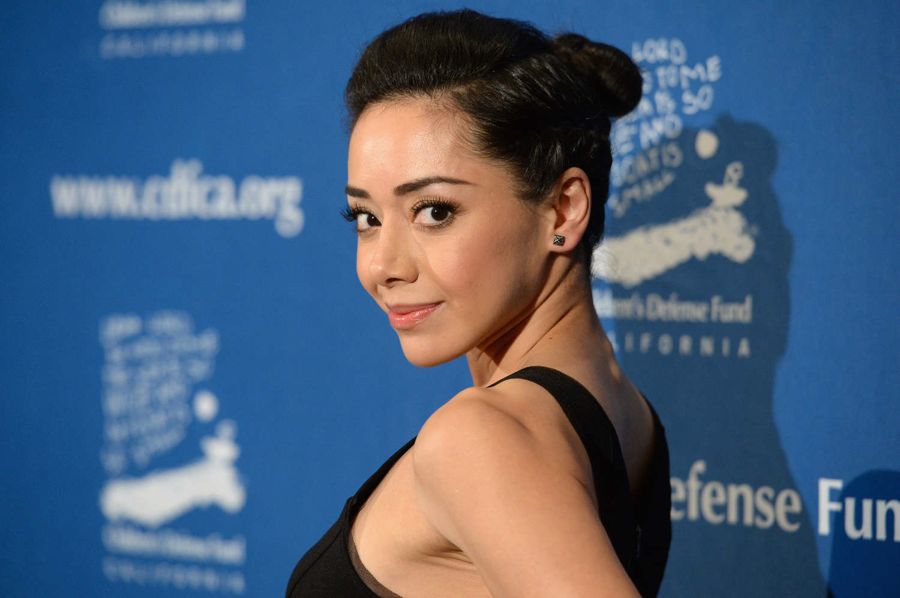 About Ella:
Ella Lopez is the department’s new forensic scientist…and she sure does love her job. Ella is a bit of a walking contradiction. She’s brainy but spiritual. Warm but tough. She grew up in a pretty rough neighborhood in Detroit, but also in a strong Catholic family, under the watchful and protective eye of her five brothers…which might explain some of her opposing personality traits. It also explains why she’s always felt comfortable in the tough, male-dominated world of law enforcement. Her mutual belief in both faith and science proves a point of interest to Lucifer (and the rest of the department) as they get to know and love her quirky ways.

About Aimee Garcia:
Aimee Garcia is an established actress of Mexican and Puerto Rican descent, born and raised in Chicago, IL. In March 2016, she was featured in the network comedy series “Rush Hour.”

Garcia had her first official “Hollywood” break as a series regular in “Greetings From Tucson.” She is best known for her role as George Lopez’s niece, “Veronica Palmero,” on “The George Lopez Show.” In 2007, she was nominated for an “Alma” and “Imagen” Award for “Best Supporting Actress in a Television Series.” During the final three seasons of cable’s “Dexter,” Garcia starred opposite of Michael C. Hall as “Jaime Batista,” Dexter’s endearing babysitter. Garcia also starred on “Vegas,” with Dennis Quaid and Michael Chiklis.

In 2014, Garcia starred in the remake of “RoboCop,” alongside Samuel  L. Jackson and Michael Keaton. Other feature credits include “Private Valentine,” opposite Jessica Simpson; Adam Sandler’s “Spanglish”; “Lies & Alibis,” starring John Leguizamo; “Dirty,” opposite Cuba Gooding Jr.; “Dragon Wars,” the highest-grossing film in South Korea’s history; and “Go For It!,” in which she starred as “Carmen,” who lives to dance and struggles to overcome self-doubt. Additional TV credits include “Off the Map,” “Love Bites,” “Trauma,” “Gary Unmarried” and FOX’s FAMILY GUY.

About LUCIFER:
LUCIFER is the story of the original fallen angel. Bored and unhappy as the Lord of Hell, LUCIFER MORNINGSTAR (Tom Ellis) has abandoned his throne and retired to L.A., where he has teamed up with LAPD detective CHLOE DECKER (Lauren German) to take down criminals.