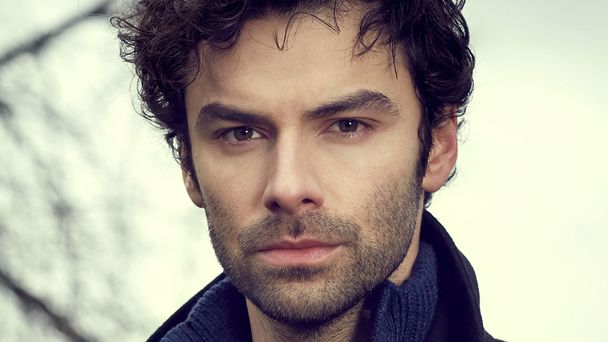 BBC One today reveals Aidan Turner (The Hobbit Trilogy, Being Human) will star as Ross Poldark in Debbie Horsfield’s adaptation of Winston Graham’s acclaimed saga set in 18th century Cornwall, made by Mammoth Screen and directed by Ed Bazalgette (The Guilty, Endeavour).

Britain is in the grip of a chilling recession… falling wages, rising prices, civil unrest – only the bankers are smiling. It’s 1783 and Ross Poldark returns from the American War of Independence to his beloved Cornwall to find his world in ruins: his father dead, the family mine long since closed, his house wrecked and his sweetheart pledged to marry his cousin.  But Ross finds that hope and love can be found when you are least expecting it in the wild but beautiful Cornish landscape.

Aidan Turner says: “I’m very excited to play Ross Poldark for the BBC and it’s obviously a huge challenge to honour the extraordinary character Winston Graham created and who Debbie Horsfield has brought new life to. But there’s a terrific team coming together and the scripts are superb, so I can’t wait to get started.”

A man of contradictions, Ross has a strong sense of social justice but a contempt for authority. He’s a man of principle yet frequently a rebel. Reckless yet full of integrity. Charismatic but down-to-earth. Volatile yet fiercely loyal. Torn between two women and two social classes. A hero to most, a scourge to many.

Ben Stephenson, Controller, BBC Drama Commissioning, says: “We are really excited. He is a brilliant actor, he is part of the BBC family, we are incredibly thrilled he is coming back from Hollywood from The Hobbit in order to lead Poldark for BBC One.”

Damien Timmer, executive producer for Mammoth Screen, adds: “Ross Poldark is an iconic role – we needed an actor with the right combination of striking looks, youthful rebelliousness, emotional complexity and maturity of presence which hints at the man he becomes across the saga. In our minds there was only one candidate. Happily he said yes!”

Andrew Graham, author Winston Graham’s son, adds: “I am delighted at the choice of Aidan Turner as Ross, as I am sure my father would have been. Ross in the novels was a man of dark good looks, impulsive temperament, strong loyalties and deep emotions. I am greatly looking forward to seeing Aidan bring all these qualities freshly to life.”

Filming begins in Cornwall and Bristol in April 2014 and the series will transmit in 2015 on BBC One.

Further casting will be announced in due course.