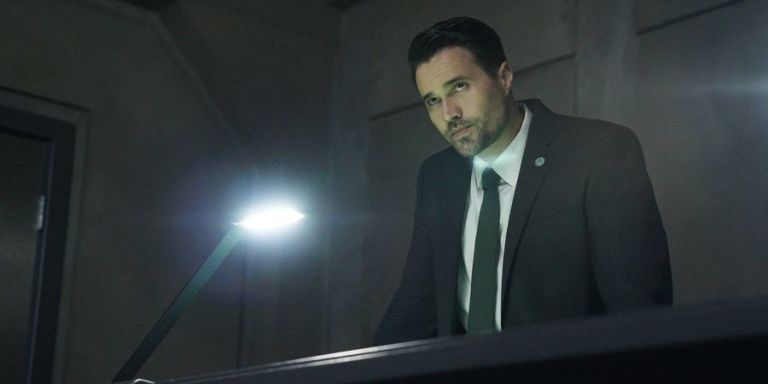 The topic of Grant Ward—played by the incomparable talent of Brett Dalton—is as sensitive as, say, politics and religion. To this day, I continue to face complications when speaking about him. Even before his reveal as an agent of Hydra, he has been a character in which the audience of Agents of S.H.I.E.L.D. either really hates, or really loves. There are those who fancy him deceased (for reasons more than one) while, there are those who #StandWithWard and wish him redemption/resurrection. Fortunately and/or unfortunately, depending on which side of the fence you sit, he is equivalent to a bad case of hives (cue: laughter)—he just will not go away and, honestly, I am more than okay with that.

Though I do not condone his actions prior his demise at the (robotic) hand of Phil Coulson (Clark Gregg), I do fall in the minority when I say that I understand why Ward was who he was. Yes, he deserved to be punished, for he was ruthless, in the end. But, I believe that he did not begin as evil, and his reappearance in the Framework had proven my claim true.

In the Framework, Ward had been “saved” by Victoria Hand (Saffron Burrows), instead of by John Garrett (Bill Paxton, rest in peace)—that, alone, proves that he had been molded into someone similar to those who had played mother-father figures over him. Garrett had molded him into a psychopath. Nothing more, nothing less. Hand, on the contrary, had molded him into a man whose heart is filled with love. That, right there, is already why Framework Ward should live.

But, let’s get back on track.

Why do I—we—want Framework Ward to return to the real world? Because, Framework Ward was whom we had always hoped for. I understand that bringing him back from the dead had been done before and, sure, there is a (likely) chance that there will be repercussions if and when (i.e., Daisy and Framework Ward fall in love but Framework Ward feels as if he is cheating on Skye…okay, a shipper can dream), but I have always felt as if the showrunners had wasted his potential. He was an impactful character, one way or another, and now that we have gotten a taste of him as heroic and good, we are, simply put, craving for more.

We are aware that the season four finale had ended with the Framework completely and permanently erased, marking the end of Framework Ward’s “existence”. In other words, the showrunners had, once more, killed Ward off. I had hoped that he would have survived the Framework, some way and somehow, but they obviously did not want to run with that story and, unfortunately, I cannot fix their mistakes (please, remember that this is purely my opinion). Nevertheless, Framework Ward deserves to live, and, if you have a heart, you will come to love him for his eventual humanity.

Hey, remember when Project Looking Glass was introduced and us Ward stans hoped—believed—that the team would send Framework Ward through the Darkhold-powered machine to bring him to life?

What do you think of Framework Ward? Do you think that he is deserving of a “life” in the real world? Sign off, below!