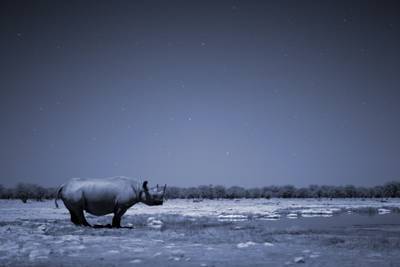 AFRICA, an awe-inspiring journey four years in the making and narrated by Forest Whitaker, premieres on Discovery Tuesday, January 8th at 10PM ET/PT.

The seven-part series showcases new species, new places and new animal behaviors, including this violent giraffe fight that took the crew a month to find and film.

THIS is Africa as you’ve never seen it before.

Here is just a sampling of what crews went through to make AFRICA:

In that time, crews had some dangerous encounters:

–  A cameraman was trapped in a tree for four hours with an elephant trying to shake him out of it.  Recent surges in poaching have made some elephants wary of humans.

–  A crew accidentally strayed into two different abandoned minefields in Egypt and Mozambique.

–  Authorities in Sierra Leone arrested two crew-members as they mistakenly confused the camouflage-adorned crew to be rebels.

The risks were worth it, as the Africa crew captured some amazing filming firsts:

–  The most intense giraffe fight ever filmed; it took them four weeks to capture the 90-second knockout.  There were no other fights the entire month they were there.

–  A combination of opportunity and sheer brass, lizards in Serengeti, Tanzania, hunt for flies on the backs of sleeping lions, a behavior discovered by a local scientist but never before filmed.