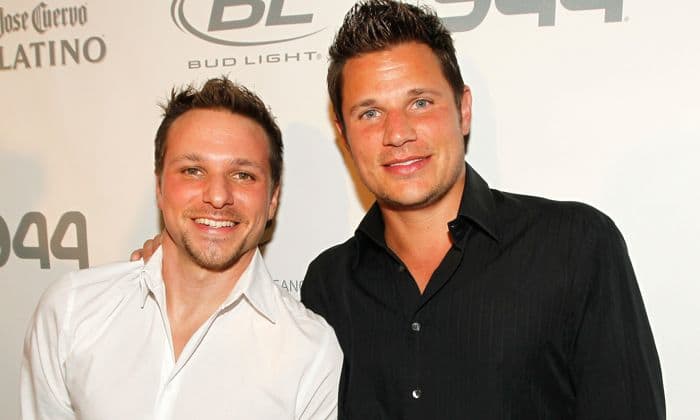 A&E Network has ordered the new nonfiction series “Lachey’s Bar” (working title) from Leftfield Pictures, it was announced today by David McKillop, General Manager and Executive Vice President of A&E. The series will follow brothers Nick and Drew Lachey as they open a bar in their hometown of Cincinnati, Ohio. Production begins immediately on ten half-hour episodes and the series is slated to premiere in 2015.

Nick and Drew Lachey have recently decided to embark on a lifelong dream of opening a bar together. Despite their lack of knowledge about running a business, these determined brothers are ready to roll up their sleeves and learn the ins and outs of running a place where everybody knows your name. Unfortunately, drinking experience doesn’t necessarily translate into drink-making experience… but they’re ready to learn.

Nick and wife Vanessa split their time between Los Angeles and New York but Drew returned to Ohio years ago. While Nick and his family decide where they want to put roots down, the bar gives them a real reason to make Cincinnati home base. Luckily they already have a house in ‘Cincy,’ right next door to Drew’s, and a built-in group of childhood friends ready to fill their new establishment.