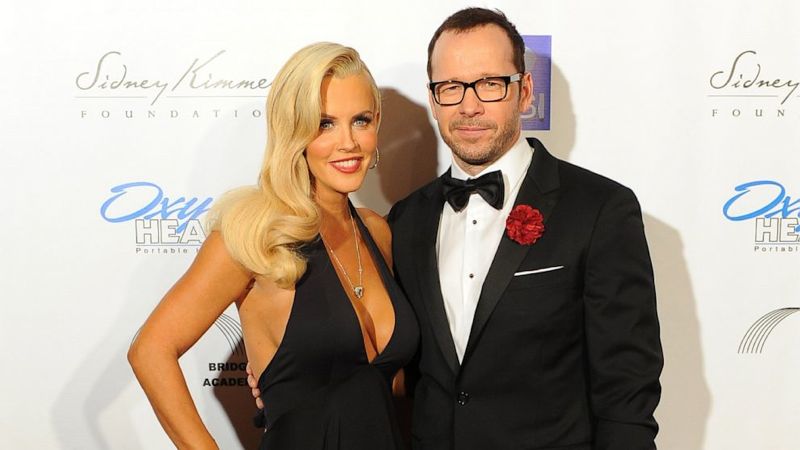 A&E Network has entered into an unscripted development and production deal with Donnie Wahlberg and Jenny McCarthy, it was announced today by David McKillop, General Manager and Executive Vice President of A&E.  The first project in the overall development and production deal is “Donnie Loves Jenny,” an original unscripted docuseries following the newlyweds who will also serve as executive producers.  The 10-episode series will mark the launch of Walhberg and McCarthy’s joint production entity, D&J Productions. The series will be produced by “Wahlburgers” production company 44 Blue Productions in association with D&J Productions.

“We’re thrilled to join Donnie and Jenny as they begin the next chapter of their lives,” said McKillop. “Viewers have enjoyed following their relationship on ‘Wahlburgers’ and we look forward to sharing this next part of their journey.”

“Not only have we found a new home together, we have found the perfect place for our exciting new projects to live with A&E Network,” said McCarthy and Wahlberg.  “We’re so excited about this deal and look forward to a long and successful relationship creating entertaining and provocative unscripted programming with our partners at A&E.  Our feeling is, who better to make our first show for the network about than about us?  We love working together and with our crazy schedules this gives us the chance to both work and play together.”

“Donnie Loves Jenny” will follow Wahlberg and McCarthy from their recent wedding through their lives as newlyweds.  Production begins immediately on the 10-episode series, which will consist of a one-hour wedding episode followed by nine half-hour episodes. The series is slated to premiere early next year.

Donnie Wahlberg and Jenny McCarthy’s romance has unfolded in the public eye, from the first time they met, to their first kiss, to the news of their engagement – the world has followed their courtship every step of the way. The couple will now open their doors and let fans in on the next chapter of their lives, married life.  The series will kick off with behind-the-scenes moments from their wedding and follow the twosome through their nuptials into their first experiences as a married couple. The series will follow the pair as they navigate through life as newlyweds, including blending their families and balancing their busy schedules.

Wahlberg has captured the attention of audiences worldwide with an impressive background that spans the worlds of television, music and films.  He has proven his versatility by transforming himself from a teen music sensation to a noteworthy dramatic film actor, a critically acclaimed television star, director and an Emmy-nominated producer.  Donnie is a member of the multi-platinum, award winning phenomenon New Kids on the Block, with film credits that include roles in over 20 feature films, and stars as ‘Danny Reagan’ opposite Tom Selleck, in the internationally acclaimed, top ranking hit drama, “Blue Bloods” on CBS.