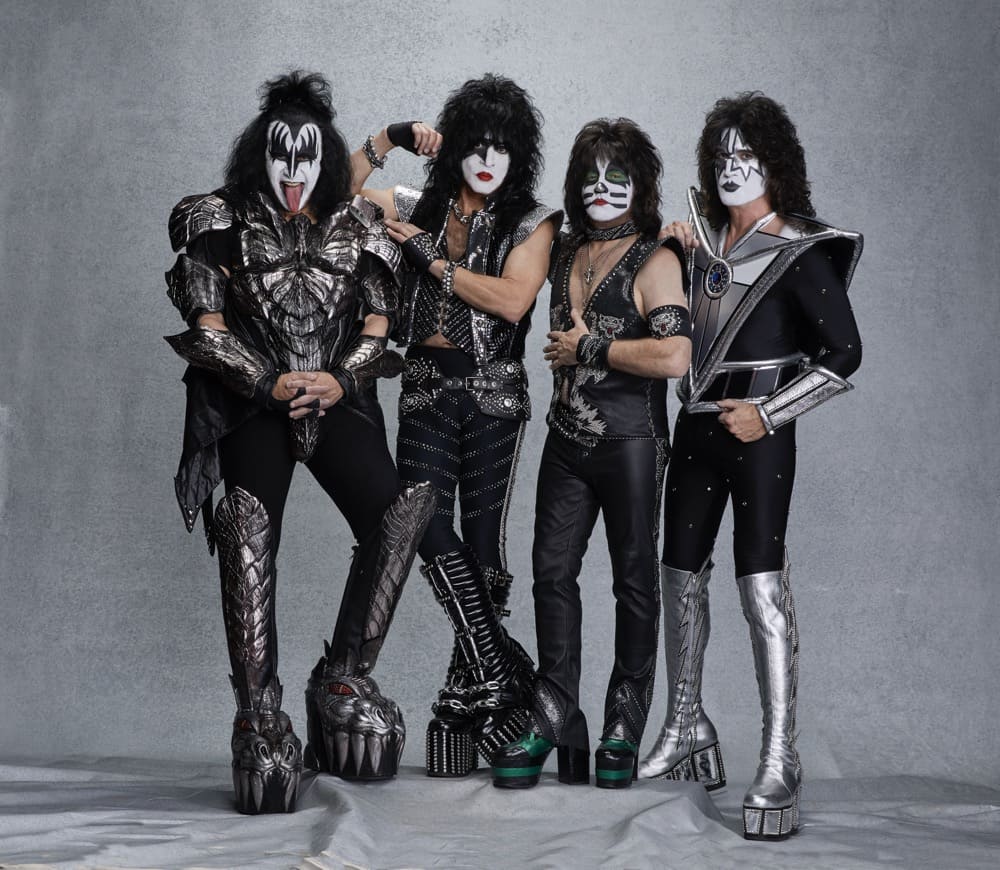 Celebrating one of the most iconic bands of all time, A&E announces the new definitive documentary film telling the stories behind the phenomenon of KISS. Directed by D.J. Viola, “Biography: KISStory”chronicles the band’s five decades in the business as founders Paul Stanley and Gene Simmons reflect on their historic career. The four-hour, two-night event airs Sunday, June 27 and Monday, June 28 from 9-11pm ET/PT.

After 50 years of rocking and rolling all night and partying every day, the #1 Gold Record selling band of all time, KISS, shares their story of success before finally smashing their last guitar and extinguishing the fire-breathing demon. PaulStanley and Gene Simmons, along with current membersTommy Thayer and Eric Singer as well as guests Dave Grohl (Nirvana, Foo Fighters), Tom Morello (Rage Against the Machine), manager Doc McGhee (Motley Crue, Bon Jovi), music producer Bob Ezrin (Alice Cooper, Pink Floyd) and moretell the wild story of the most successful and influential band in the world.

Selling more than 100 million albums worldwide and over 40 years of record-breaking global tours, the Rock and Roll Hall of Fame band is giving viewers a behind-the-scenes look at their rise to fame. Featuring original recording sessions, home movies, behind-the-scenes stories and rare footage, the film grants fans an all-access pass to the band’s legendary journey. Fans will hear a first-hand account of the emotional story behind the band’s start in New York City’s gritty rock scene of the 70s, their meteoric rise to fame, almost losing it all to drugs and alcohol in the 80s and how they ultimately fought their way back to the top of the charts in the 90s to become a household name synonymous with Rock ‘N Roll.

“Through the ‘Biography’ lens we are able to give fans a backstage pass to a two-night event that honors the legacy of the rock icons behind KISS,” said Elaine Frontain Bryant, EVP and Head of Programming for A&E. “This documentary event is a special tribute to a one-of-a-kind band and the incredible Kiss Army fanbase that has idolized them for generations.”

About “Biography” The celebrated “Biography” brand continues to highlight newsworthy personalities and events with compelling and surprising points-of-view and remains the defining source for true stories from some of the most accomplished non-fiction storytellers of our time. Extensive on-air and branded digital content, including short form, will roll-out on all platforms, including Biography.com, the home to hundreds of profiles of notable cultural figures and influencers.

About A&E Network A&E leads the cultural conversation through high-quality, thought provoking original programming with a unique point of view. Whether it’s the network’s distinctive brand of award-winning disruptive reality, or groundbreaking documentary, A&E always makes entertainment an art. The A&E website is located at aetv.com.  Follow us on Twitter at twitter.com/aetv and Facebook at facebook.com/AETV.