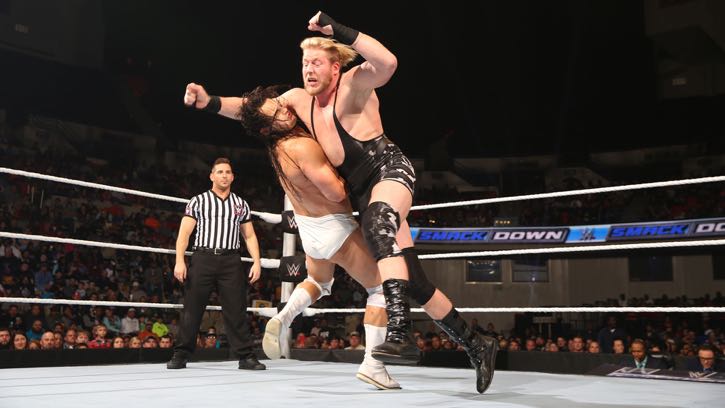 On its new home on USA, the SMACKDOWN Superstars and Divas including Ryback, Charlotte, Sheamus and Deam Ambrose showdown in the ring in front of thousands in attendance at the Citizens Business Bank Arena in Ontario, CA and the millions of fans watching at home.

With more than 800 original episodes, SMACKDOWN is the second longest-running weekly episodic program in U.S. television history, only behind MONDAY NIGHT RAW. Over the past 15 years, SMACKDOWN has been broadcast from 170 different venues, in 148 cities, in seven different countries including the United States, Canada, the United Kingdom, Iraq, Japan, Italy and Mexico.