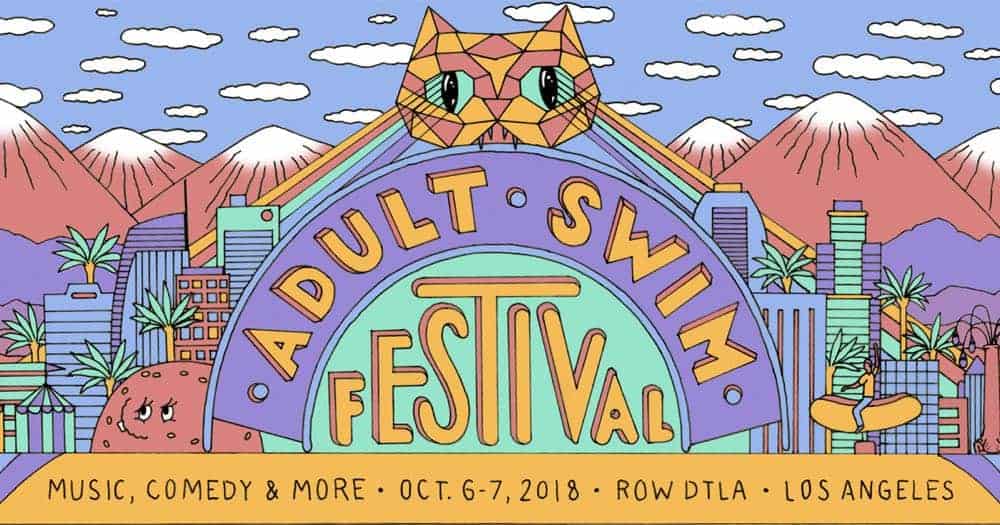 Fans can now get their first look at the official daily performance schedule for the first ever Adult Swim Festival, a list of exclusive merchandise available on site, along with the news that Metro Boomin, Trippie Red, and Joseph Keckler are now joining the line-up at ROW DTLA Los Angeles, October 5-7th.

During preview night T-PAIN shares the Freaknik experience with the west coast, while Mastodon, Hannibal Buress and Flying Lotus hit the stage on Saturday. Run the Jewels, Neko Case and the Rick and Morty Musical Ricksperience close out the event on Sunday. For the full list of set times for music and comedy performances across both stages, visit AdultSwimFestival.com.

Exclusive merchandise available at the inaugural event features collaborations with Daylight Curfew including a limited edition Rick and Morty/Run the Jewels t-shirt and a Rick and Morty bomber jacket. Only 100 jackets were made, making it a show fan must-get. Other festival exclusives include posters, hoodies, water bottles, t-shirts, and the triumphant return of the Adult Swim fanny pack.

With the introduction fo the first ever Rick and Morty Musical Ricksperience at the October event, fans will also have access to purchase two exclusive variants of the deluxe and standard disc vinyl editions of the Rick and Morty soundtrack. The deluxe set being a pre-order that ships in November with the standard set being available immediately on site. The event also features free lockers on site for fans to stow purchases while they enjoy the festival.

The inaugural Adult Swim Festival will showcase more than 24 hours of live entertainment, featuring 42 musical and comedy performers over three days. Fans will get a unique opportunity to be fully immersed in an Adult Swim experience like no other happening on and around two massive stages. They can take a trip on the DREAM CORP LLC Virtual Reality Eggs, play a round of Rick and Morty Mini Golf; ride a giant Hot Dog Ride; soak in six minutes of air-conditioning in the immersive Meatwad Dome 4D Experience and climb everyone favorite feline on Smack Up My Uvula.  Fans far and wide will also enjoy live broadcasts by Adult Swim’s FishCenter & Friends, featuring the best of the streams.