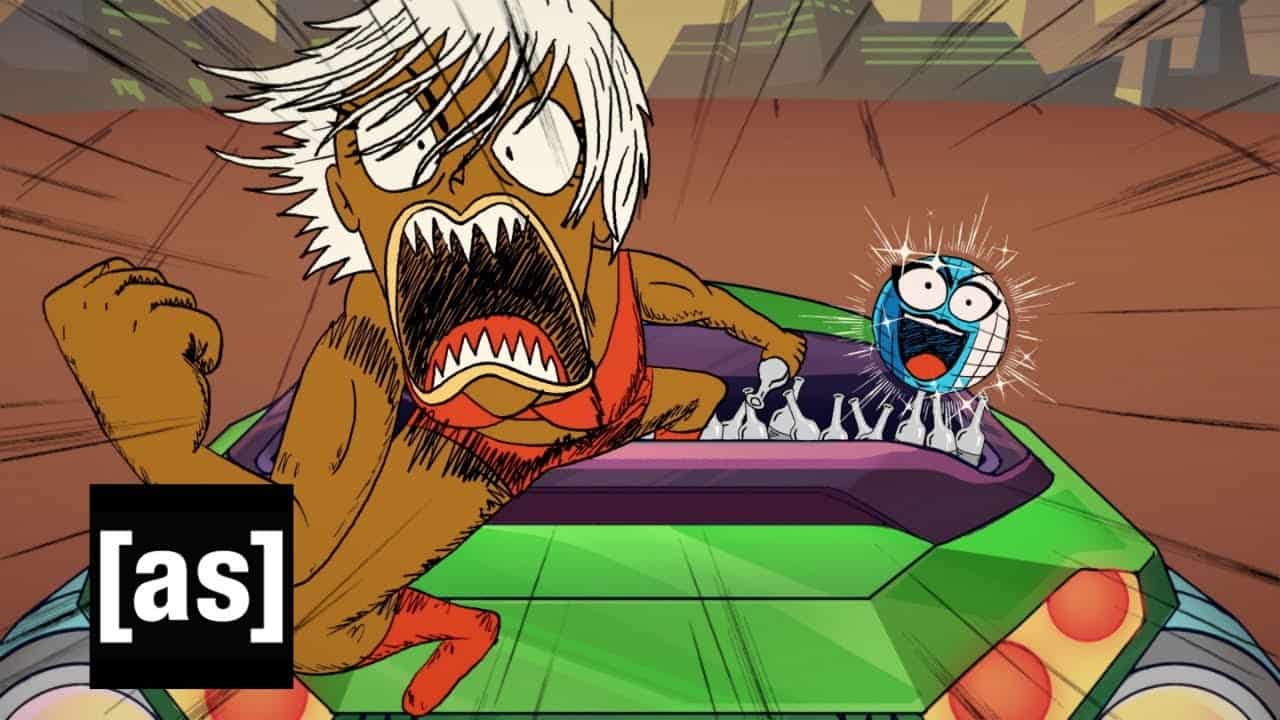 The quarter-hour series is created by Christy Karacas (Superjail!) and produced by Titmouse. Karacas describes the show’s animation as a hybrid of his style that incorporates the elements he loves about anime.

The year is 9009. Ballmastrz: 9009 follows washed up superstar and notorious party gal Gaz Digzy, who after a spiral of destructive antics is demoted to the worst team in The Game: The Leptons. Her only way back to the top is to somehow lead these pathetic misfits to victory. Good luck, Gaz. You’ll need it!