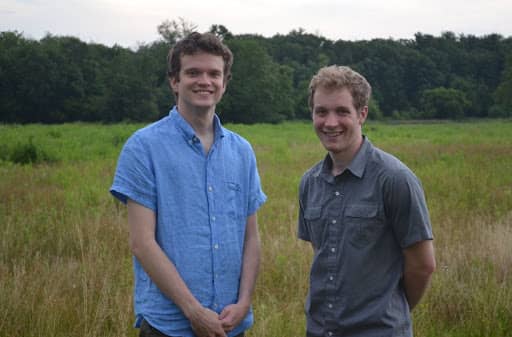 Adult Swim is headed to Branchburg. The network announced today that it has acquired the delightfully absurdist podcast, This is Branchburg from creators Brendan O’Hare and Cory Snearowski – and produced by Tim Heidecker and Dave Kneebone (Abso Lutely Productions).

The network will make the podcast’s existing season one episodes available on its website beginning today and joins as a producer of its upcoming second season, with episodes premiering on October 1.

“We are so excited to be bringing Branchburg to Adult Swim,” said series creators O’Hare and Snearowski. “We hope that the Mayor of the real Branchburg is not mad at us for this, and if he’s not, we would really like to get some sort of medal or even a street named after us.”

A mix of sketches, monologues, and character studies, This Is Branchburg is a weekly scripted podcast about the bizarre residents of Branchburg, a fictionalized version of the real Branchburg, New Jersey. From the last remaining milkman who wanders around town recalling his heyday, to a middle school principal who guts the school’s budget to fund his nine-bus motorcade, to a local business owner who will tie your tie for you, the small town of Branchburg, New Jersey has many stories to tell — whether you’d like to hear them or not.

“I’m very proud of Brendan and Cory” said Heidecker, series producer. “They have created their own very unique and special universe. Their comedy feels new and fresh and yet somehow timeless and classic.”

The show is written and performed by O’Hare and Snearowski, with sound by Alex Gilson. The series debuted in 2019 and was named one of the year’s best podcasts by Vulture and The Verge.

The second season of This is Branchburg premieres on October 1 with Adult Swim with new episodes releasing weekly on Thursdays and will be available on Apple Podcasts, Spotify, Google Podcasts, Stitcher or wherever you get your favorite podcasts. The podcast is distributed by the WarnerMedia Podcast Network.