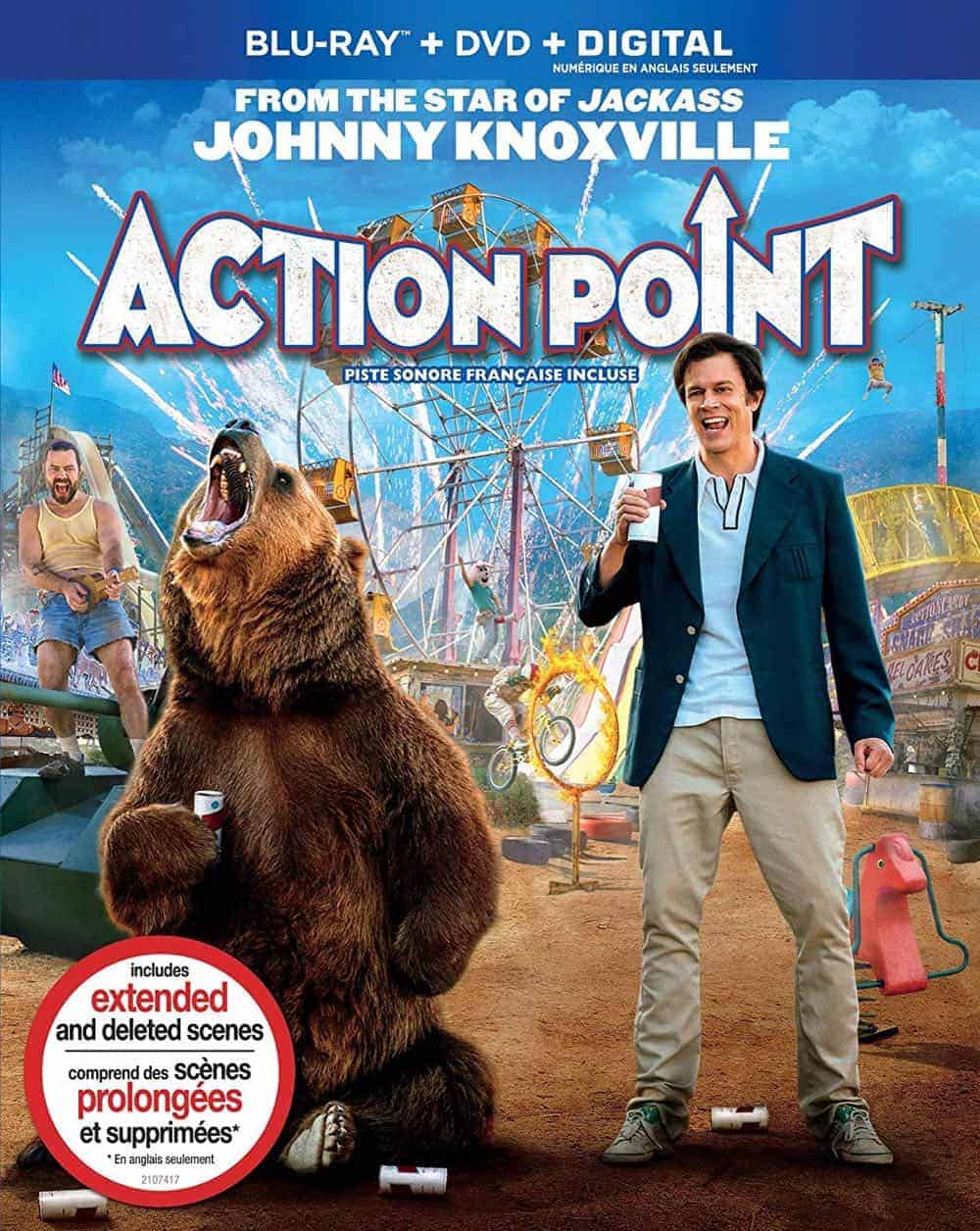 Seat42F and Paramount Home Media have teamed up to give three lucky winners a copy of ACTION POINT on Blu-ray. For a chance to win send an email to contest@seat42f.com and tell us your favorite Johnny Knoxville movie. Only one entry per person. Contest ends August 29th. Winners will be notified on August 30th via email.

D.C. (Knoxville) is the proud proprietor of Action Point, an out-of-control amusement park where the rides are designed with minimum safety for maximum fun. When a slimy developer schemes to shut down the park, D.C. and his loony crew of misfits must risk everything and pull out all the stops to save Action Point. Packed with jaw-dropping gags and bone-crushing stunts, get ready to laugh ‘til it hurts. The film also stars Chris Pontius (“Jackass”) and Eleanor Worthington-Cox (Maleficent).

The ACTION POINT Blu-ray Combo Pack is loaded with uproarious bonus content including bloopers, deleted and extended scenes, a cringe-inducing look at the real-life stunts, plus quality time with beer, bears, and more.