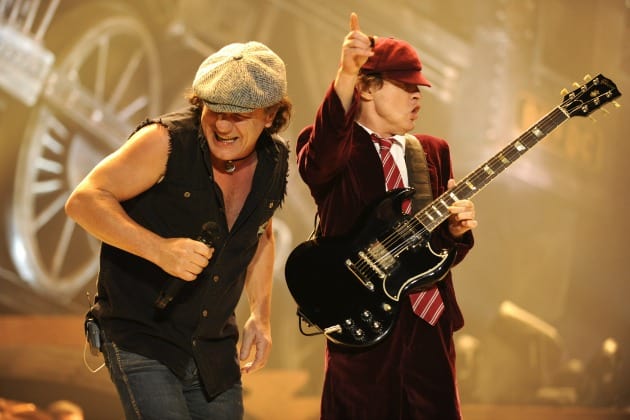 Columbia Records and Apple® today announced that AC/DC’s entire catalog is now available digitally for the first time exclusively on the iTunes Store® worldwide (www.itunes.com). From their 1976 debut High Voltage to seminal classic Back In Black and 2008 smash hit Black Ice, every one of AC/DC’s 16 studio albums, along with four live albums and three compilation albums, are available for the first time ever on the iTunes Store. All tracks are Mastered for iTunes®, and fans have the ability to download full albums or simply purchase their favorite individual songs. Fans can also choose from two specially packaged digital compilations: The Complete Collection, the complete iTunes-exclusive AC/DC catalog; and The Collection, which includes all 16 studio albums.

AC/DC’s thunderous and primal rock and roll has excited fans for generations with their raw and rebellious brand of music, which also resonates with millions of new fans discovering AC/DC everyday. Their growing legion of fans will now experience the intensity of AC/DC’s music in a way it has never been heard before. AC/DC’s music has been Mastered for iTunes, ensuring the music is delivered to listeners with increased audio fidelity, more closely replicating what the artists, recording engineers and producers intended.

The full catalog which has all been Mastered for iTunes includes:

The iTunes Store is the world’s most popular music store with a catalog of over 26 million songs and over 20 billion songs downloaded, and is available in 63 countries. The iTunes Store is the best way for iPhone®, iPad®, iPod®, Mac® and PC users to legally discover, purchase and download music online. All music on the iTunes Store comes in iTunes Plus®, Apple’s DRM-free format with high-quality 256 kbps AAC encoding for audio virtually indistinguishable from the original recordings. iTunes in the Cloud lets you download your previously purchased iTunes music to all your iOS devices at no additional cost, and new music purchases can be downloaded automatically to all your devices.