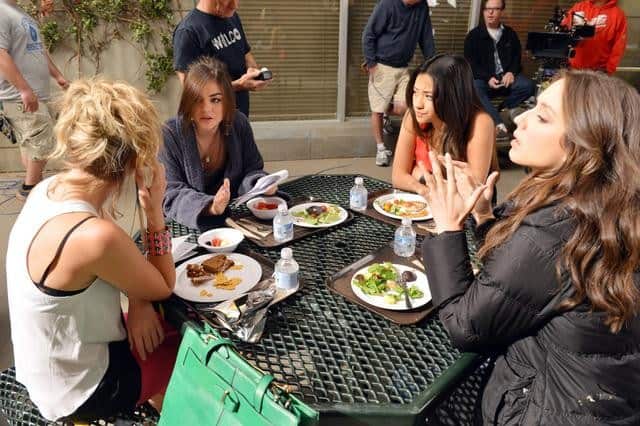 Michael Riley, president ABC Family, announced today that the network has picked up a fourth season of its hit original series “Pretty Little Liars.” The all new season will consist of 24 one-hour episodes that will start to air mid 2013. “Pretty Little Liars” will air a special Halloween-themed episode on Tuesday, Oct. 23rd at 8:00 – 9:00 PM ET/PT, as part of the network’s “13 Nights of Halloween” programming event, and then will return with the rest of season three in January 2013.

The August 28th finale exploded social media sites across America, breaking the show’s own previous records, generating more than 709,000 tweets, peaking at an impressive 36,000 tweets per minute. With an all-day catch-up marathon and finale, “Pretty Little Liars” generated 1.9 million tweets, including more than 1.2 million between 8:00 and 10:00 pm. Moreover, according to SocialGuide, “Pretty Little Liars became the #1 “most social” TV series episode in history, breaking records with over 1.6 million comments.

“Pretty Little Liars” fans have been able to fill the void left when the show went off the air in August with ABCFamily.com’s new webisode series “Pretty Dirty Secrets.” The webisode series has been a tremendous hit with fans, vastly exceeding any short-form video series ever done on ABCFamily.com. The debut alone garnered over half a million views in 24 hours.

In the special Halloween-themed episode, entitled “This Is a Dark Ride” and airs Tuesday, Oct. 23rd (8:00 – 9:00 PM ET/PT), Aria, Emily, Hanna and Spencer are looking forward to some good old Halloween fun now that the traumatic events with Nate are behind them. But once aboard the Rosewood Ghost Train, the girls are in for much more than just some childish trick or treats. With “A” running amuck and unexpected party-goers popping up at every turn, this Halloween event becomes one killer party. Musical guest star Adam Lambert performs his songs “Trespassing” and “Cuckoo,” from his latest album “Trespassing,” during the Halloween festivities.