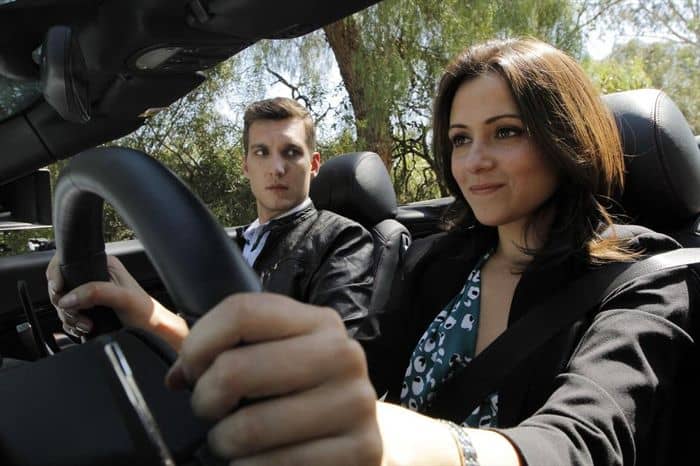 ABC Family has picked up its original series “Chasing Life” for a second season, it was announced today by Karey Burke, Executive Vice President, Programming and Development. “Chasing Life” will return with an all-new Christmas-themed episode on Tuesday, December 9th at 9 PM ET/PT, as part of the networks “25 Days of Christmas” programming event.

“Through the laughter and the tears, our audience has connected with the characters and relationships in ‘Chasing Life’ and we are thrilled to continue telling April’s courageous story,” said Burke. ‘Chasing Life’ has found a home here.”

Chasing Life” is a one-hour drama that follows twenty-something April (Italia Ricci), a smart, charismatic and quick witted aspiring journalist. When not pursuing the latest scoop, April tries to balance her ambitious career with her family, which includes her widowed mom Sara (Mary Page Keller), rebellious little sister Brenna (Haley Ramm) and her grandmother (Rebecca Schull). In an unexpected twist of fate, April lands in the hospital where her estranged uncle George works as an oncologist, and she learns the devastating news that she has cancer.

The series follows April through her journey in the face of this daunting revelation, during a time in her life when the challenges of finding love and success would be enough to keep any girl occupied. But April is determined to fight and refuses to give up her dreams and goals. Along the way, she’ll find new reserves of strength and passion within and discover that facing death may really be the only way to truly live.