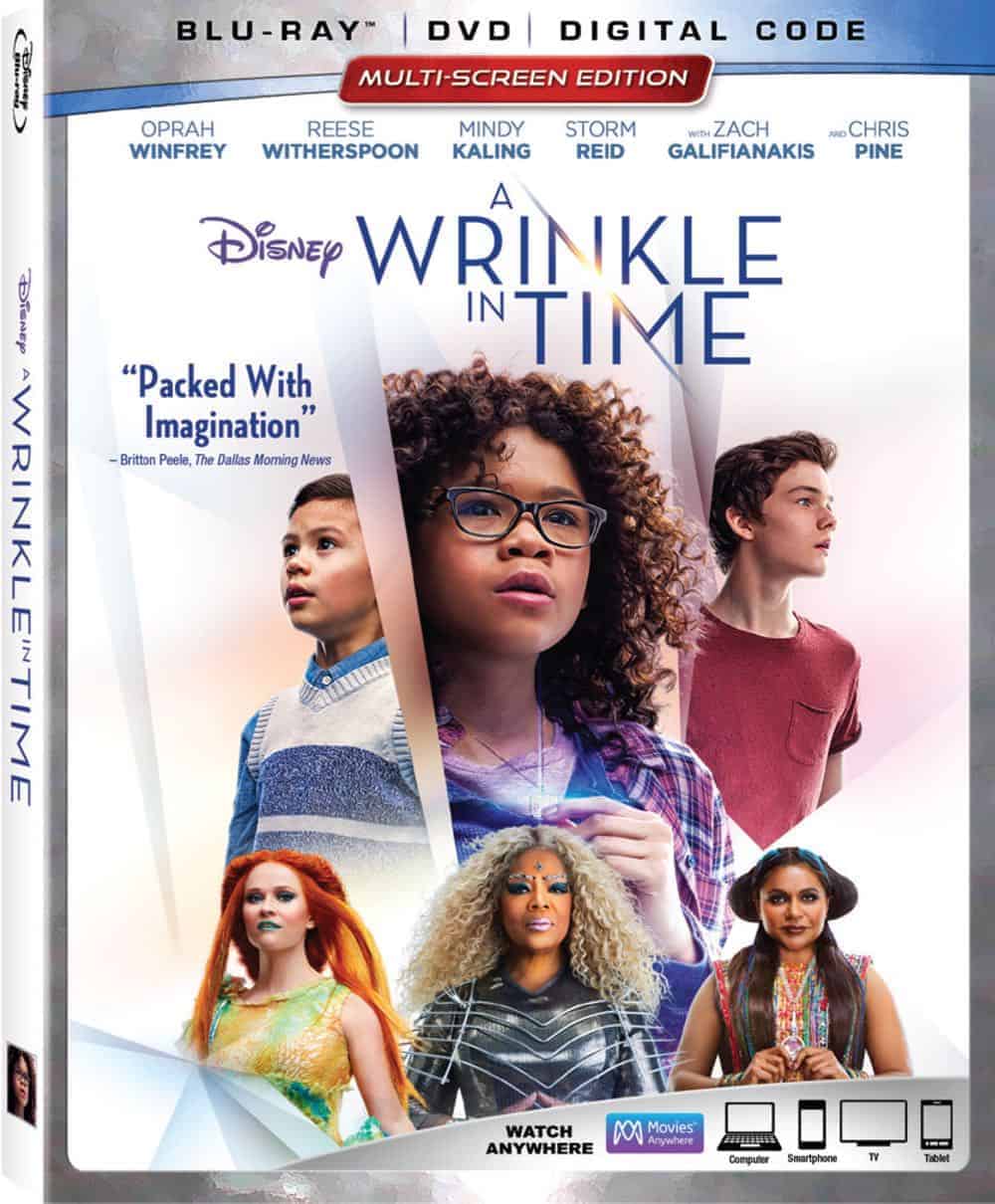 Just in time for summer break, Disney’s “A Wrinkle in Time,” from acclaimed director Ava DuVernay, comes home May 29 on Digital HD, 4K Ultra HD and Movies Anywhere and June 5 on Blu-ray™, 4K Ultra HD™, DVD and On-Demand. The stunning story of an ordinary girl’s extraordinary adventure through time and space offers exhilarating entertainment and positive messages for the whole family—encouraging self-confidence, inclusion and pushing imagination to the next level.

Families who bring home “A Wrinkle in Time” will go behind the scenes to meet the talented crafts persons, actors and filmmakers who brought to life every spectacular detail of this triumphant tale. Bonus material includes an extended featurette providing inside access to the A-list cast and crew; insightful audio commentary from director Ava DuVernay and team; deleted scenes; bloopers; and two music videos, including “I Believe” performed by GRAMMY®-nominated music mogul DJ Khaled and featuring GRAMMY®-nominated singer-songwriter Demi Lovato.

As fantastical as the film’s premise and imagery may seem, “A Wrinkle in Time” centers on a universal human need that feels particularly relevant and relatable today. “This is a story about belonging,” says DuVernay. “It’s about a girl who just doesn’t feel strong in her mind, body and spirit. But through this epic journey, she finds her strength and learns that the center of the universe starts inside her. It’s about Meg feeling like she belongs in the universe and has a mighty part to play… as do we all.”