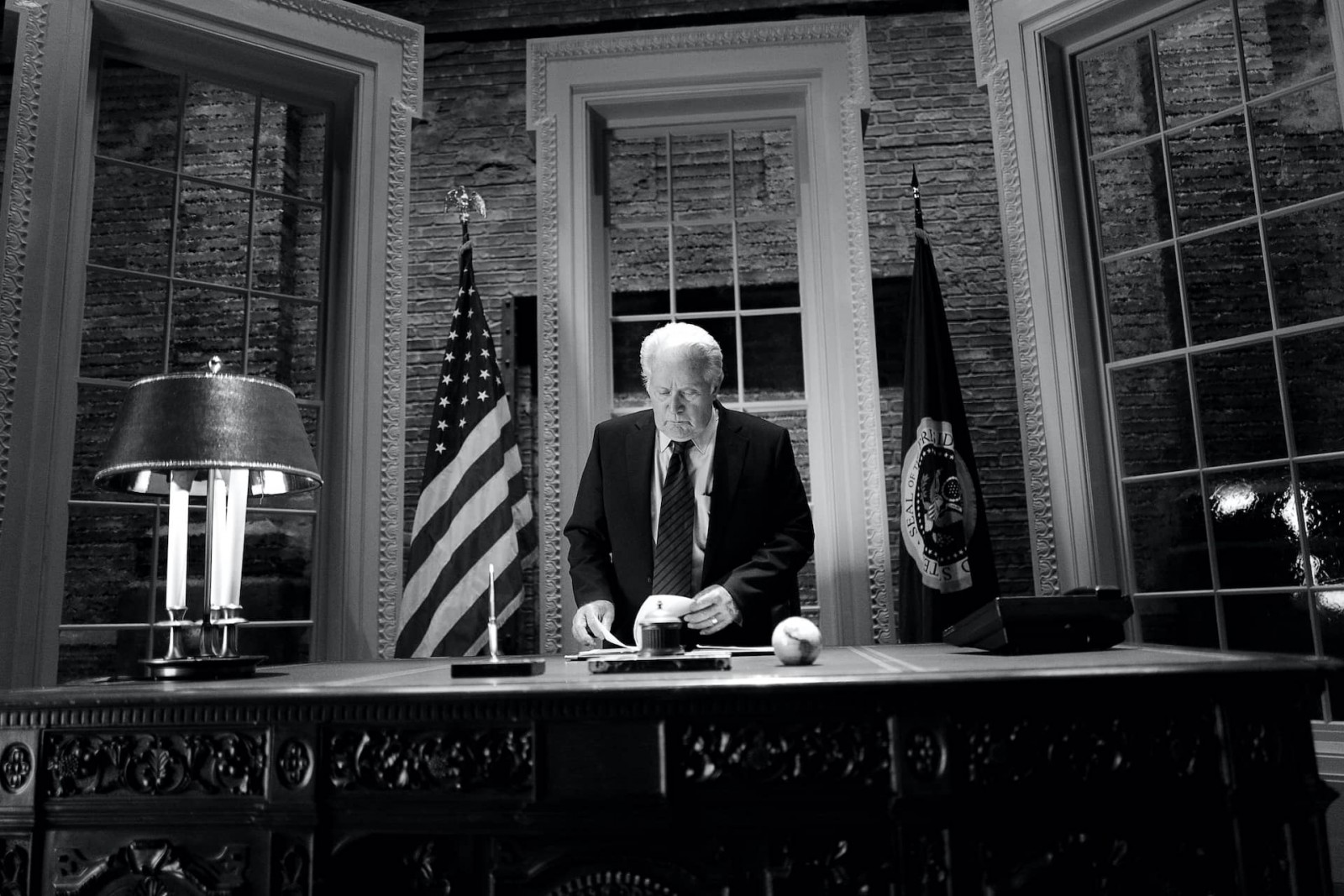 Standing in solidarity with the spirit behind National Voter Registration Day, HBO Max announced today that A West Wing Special to Benefit When We All Vote will premiere on the platform on October 15, dropping just two weeks prior to the momentous national election. This timely special marks the first time in 17 years that the original cast of the Emmy®- and Peabody Award–winning hit Warner Bros. Television drama series will come together with creator Aaron Sorkin and executive producer/director Thomas Schlamme for a special theatrical stage presentation of the “Hartsfield’s Landing” episode from the show’s third season. The West Wing stars Rob Lowe, Dulé Hill, Allison Janney, Janel Moloney, Richard Schiff, Bradley Whitford and Martin Sheen will reprise their roles from the episode.

Additionally, A West Wing Special to Benefit When We All Vote will include act breaks with guest appearances from When We All Vote co-chair Michelle Obama, President Bill Clinton and Lin-Manuel Miranda. Fans will also be treated to the musical talents of legendary Emmy® award–winning composer W.G. Snuffy Walden, who will take to his guitar to play the iconic score for The West Wing theme song. Folk rock band, The Avett Brothers, will also close out the special.

The creative team and cast organized this historic production in order to raise awareness for and support the vital mission of When We All Vote, a non-profit, nonpartisan organization co-chaired by Michelle Obama which was founded to increase participation in every election in America. In honor of the special, WarnerMedia will make a donation to When We All Vote.

A West Wing Special to Benefit When We All Vote is produced by Casey Patterson Entertainment in association with Warner Horizon Unscripted Television. Aaron Sorkin, Thomas Schlamme and Casey Patterson are the executive producers. Rob Paine is co-executive producer and Schlamme will serve as director. The production will strictly follow COVID Safe Way Forward Protocols.

Spanning seven seasons, The West Wing provided a behind-the-scenes look at the lives of an eclectic group of frenzied staffers in the Oval Office and the West Wing of the White House. Emmy® winner Aaron Sorkin created the series and served as an executive producer with Emmy® winners Thomas Schlamme and John Wells (ER, Shameless). One of the most critically acclaimed and lauded shows in television history, The West Wing won 27 Primetime Emmy® Awards (including one for The West Wing: Documentary Special), two Peabody Awards, two Humanitas Prizes, two Golden Globe® Awards, seven Screen Actors Guild Awards, two Writers Guild of America Awards, two Directors Guild of America Awards, and five Television Critics Association Awards, among many others.

ABOUT WHEN WE ALL VOTE
When We All Vote is a national, nonpartisan, non-profit launched by Co-Chair Michelle Obama in 2018 on a mission to change the culture around voting by bringing together citizens, institutions, brands, and organizations to increase participation in every election. They are also on a mission to close the race and age voting gap and empower all eligible voters to cast their ballot by harnessing grassroots energy, establishing strategic partnerships, and implementing digital organizing strategies. Learn more here.

ABOUT “HARTSFIELD’S LANDING” EPISODE – SEASON THREE, EPISODE 15
Original Air Date: February 27, 2002
Bartlet (Martin Sheen) engages both Sam (Rob Lowe) and Toby (Richard Schiff) in intricate chess matches that mirror the wily game of brinksmanship that Bartlet is playing with the Chinese, who are conducting war games in the Taiwan Strait. The Chinese threaten real war if Taiwan begins test firing its new U.S.-made Patriot defense missiles. Meanwhile, Josh (Bradley Whitford) is nervous about the 42 votes in a remote New Hampshire town’s election, which are counted immediately and always predict the winner of that state’s primary. Mischievous C.J. (Allison Janney) tries to upset Charlie (Dulé Hill) by hiding his copy of the President’s top-secret daily schedule — prompting a spate of playful tricks. The episode was written by Aaron Sorkin and directed by Vincent Misiano.

ABOUT CASEY PATTERSON ENTERTAINMENT
Casey Patterson Entertainment is a full-service production company producing premium content, live events, and talent-driven series and specials, with offices in New York City and Los Angeles. Casey Patterson is a five-time Emmy®- and two-time PGA Award–nominated, NAACP Image Award–winning, and critically acclaimed executive producer who has created and produced an array of groundbreaking programming during her 25-year career, including such high-profile events as The Diamond Jubilee of Elizabeth II at Buckingham Palace, The Concert of the Century at the White House, The 9/11 Concert for New York City, A Very Murray Christmas on Netflix, Some Good News with John Krasinski, MTV Movie & TV Awards, One Night Only: Alec Baldwin, and NBC’s Concert for America.

ABOUT WarnerMedia
WarnerMedia is a leading media and entertainment company that creates and distributes premium and popular content from a diverse array of talented storytellers and journalists to global audiences through its consumer brands including: HBO, HBO Max, Warner Bros., TNT, TBS, truTV, CNN, DC, New Line, Cartoon Network, Adult Swim, Turner Classic Movies and others, as well as Xandr’s suite of advanced advertising solutions designed to help to improve advertising for brands, publishers, and consumers.