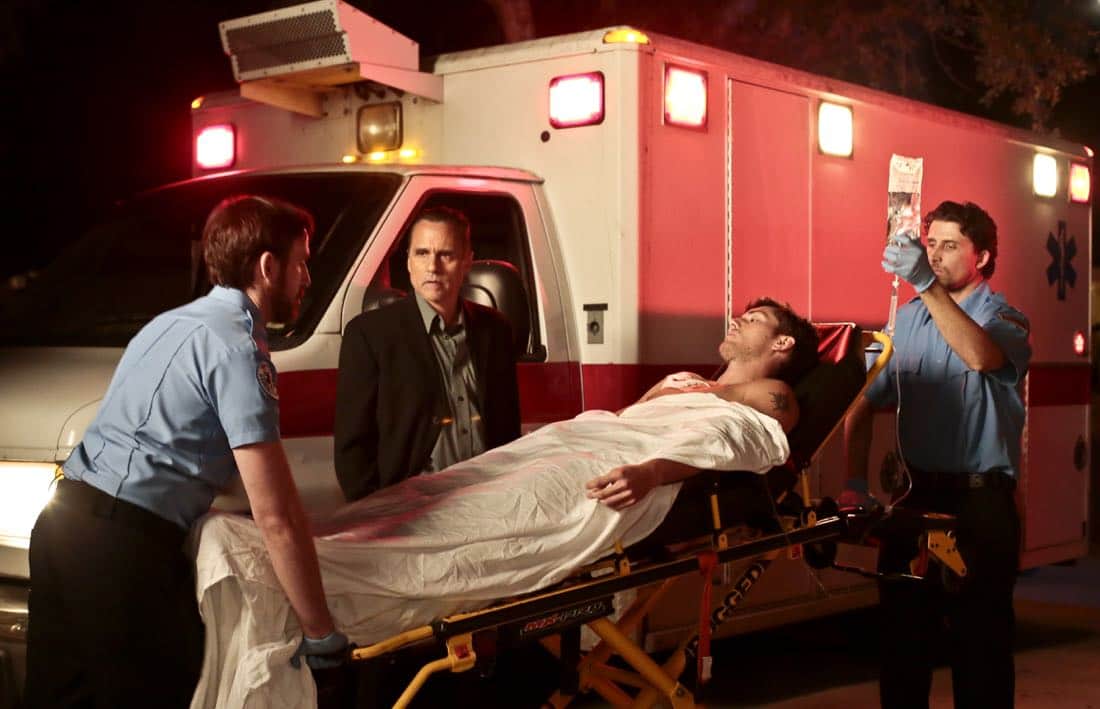 In Lifetime’s new film “A Lover Betrayed,” a one night stand begins stalking a woman and it is up to the tenacious detective to intervene and make sure that she is safe.  Best known for his many years working on GENERAL HOSPITAL, Maurice Benard is a familiar face for fans. In an exclusive interview, Maurice teases his role in “A Lover Betrayed” and talks about his advice for aspiring actors as well as lessons he has learned along the way.

What appealed to you about working on Lifetime’s “A Lover Betrayed”?
MAURICE:  I’ve always wanted to play a detective and this was a good script to do it in.

How would you describe who your character is and his place on the show?
MAURICE:  He is just an honest detective, looking for the truth.

What do you most admire most about him?
MAURICE:  He’s a “no-bullshit” kind of guy.

What was it like working alongside Jamie Luner and Jason Brooks?
MAURICE:  They are 100 percent pros. Very respectful and a lot of fun to work with.

Any favorite scenes that you can share from working on “A Lover Betrayed”?
MAURICE:  The first scene in the living room I tried to play a bit of my favorite TV detective “Colombo” and the director said, no.  I understood completely, but had fun trying.

As an actor, what has been the one thing you haven taken away from the experience of working on “A Lover Betrayed”?
MAURICE:  Just being on a set with actors that I have fun with, playing a new character for me and the actors give right back what they get.

What has surprised you most about your career so far?
MAURICE:  I’m still at it and going strong, 30 years later.

What are the perks of where you are in your career right now?
MAURICE:  I have a wonderful life. And of course, the greatest fans possible.

Do any of your characters and the situations they find themselves in ever leave a lasting impression on you?
MAURICE:  My training is “the Method” so that means that I’ve learned to become the character that I’m portraying. That can be pretty tough when the character is intense. It’s really hard to let go sometimes.

Has there been any great advice you have gotten about working as an actor?
MAURICE:  Less is more, don’t do anything that you don’t believe and just listen.

What advice would you offer to other upcoming and aspiring actors?
MAURICE:  Study, study, study, and more study. Be the absolute best that you can be.

Are you actively involved with any charities. Which charity do you work with most? And which would like to see your fans become more involved with and support?
MAURICE:  I’ve worked with many different organizations in the mental health field, NAMI, Didi Hirsch, International Bipolar Foundation. I would love to see people get involved in any way possible to continue the work on stopping the stigma associated with mental illness.

In addition to GENERAL HOSPITAL, do you have any other upcoming projects that you can share that fans should keep an eye out for? MAURICE:  I play a priest in a horror film that I’m not allowed to talk about just yet. I had a lot of fun working with an actor that I had a lot of respect for when I was getting into the business. I hope to share more about this very soon. It’s supposed to be coming out later this year.And another project that is close to my heart, “Hold On.” This is a beautiful film, based on a true story. It’s about faith, hope, and struggle. It has a lot of wonderful talent in it and behind the scenes.

To see Maurice as his character sees that justice is served, be sure to tune in for the premiere of “A Lover Betrayed,” which premieres Saturday, September 9th at 8:00 p.m. on Lifetime.  To see what other projects Maurice has upcoming, be sure to follow him on Twitter @MauriceBenard.