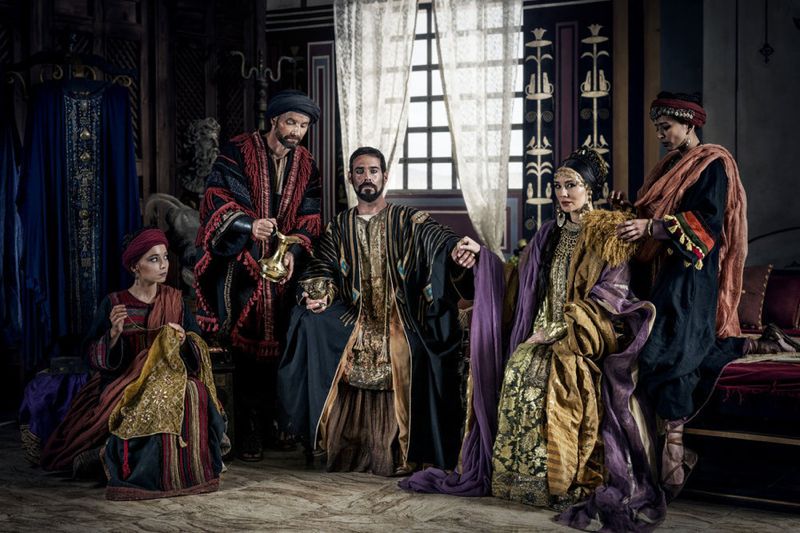 This week, NBC begins broadcasting the miniseries A.D. THE BIBLE CONTINUES. A sequel to the 2013 miniseries The Bible, A.D. begins with Jesus’ sham of a trial and crucifixion. From there, we see how it affects the various people involved, both the friends of the King of the Jews and his detractors that kill him. Press materials promise future episodes will play out through the first ten Acts.

First of all, this review judges A.D. purely on its merits as a television program. In this, it’s just not that great. If you’d like a reasoned, logical argument as to why that is the case, read on. There are many out there who treat material such as this with religious fervor, though, attacking anyone who criticizes such programs as no-good atheists who want to destroy their beliefs, as I’ve seen in comments and tweets from past reviews I’ve written of religious programs. If that’s all you’re after, please move on, as I neither seek to insult nor fight, merely to judge the show in its own merits.

With that out of the way, let’s examine why A.D. doesn’t work. For one, it portends itself to be a sequel to another miniseries, yet begins its action at the same time the penultimate episode of the previous effort begins, meaning the first two hours will be largely repetition. This isn’t a re-airing of those installments; everyone has been recast and A.D. is a completely different production. So why don’t they just say that, instead of trying to draw unnecessary and inaccurate connections?

If we ignore the sequel claim, as we must, A.D. still starts in a very strange place. There isn’t enough lead up to Jesus’ trial and execution to give us much of a reason as to why we should feel bad about this or why people follow him so fervently. Yet, if the show started after his death, it would be weird to play with the regret, guilt, and fear present. It would be better to either give us an hour of Jesus alive and teaching, to really sell who he is and what he wants, or to start it after he rises and leaves again, with the focus on the building of the church, not the man himself.

Now, the idea of exploring the various personalities involved in this event and the feelings surrounding it is a solid premise. Unfortunately, A.D. doesn’t seek to tell a complex narrative, but rather, presents very flat characters. Either they are purely wicked, focused on destroying someone who threatens their positions of power, or they have serious blind faith in their Savior, believing whatever he says without question. There are a few who doubt Jesus will rise again, but these are minor players, present merely to demonstrate how strong the faith of the others is.

The Bible is a fascinating book, obviously one of the most influential tomes to ever be written, with millions and millions of people holding it in high regard centuries (though not millennia, as some of the more ignorant may believe) after its publication. The problem is, there doesn’t seem to be anyone approaching it from an entertainment or historical perspective, which is what the story is begging for in an adaptation. When a production such as this is made by those who worship it, their bias shines through very strongly and makes it impossible to tell a well-rounded, authentic, layered version.

A.D. is the latest example of this failing, and while it will surely get millions of viewers from those who agree with the filmmakers, it will not be accessible to those on the fence or who admire the book purely from an academic perspective. Nor does it hold up all that cohesively as a plot to be watched. I look forward to a strong adaptation of The Bible someday, but A.D. is definitely not that.

A.D. THE BIBLE CONTINUES premieres this Sunday, appropriately enough on Easter, at 9 p.m. ET on NBC.