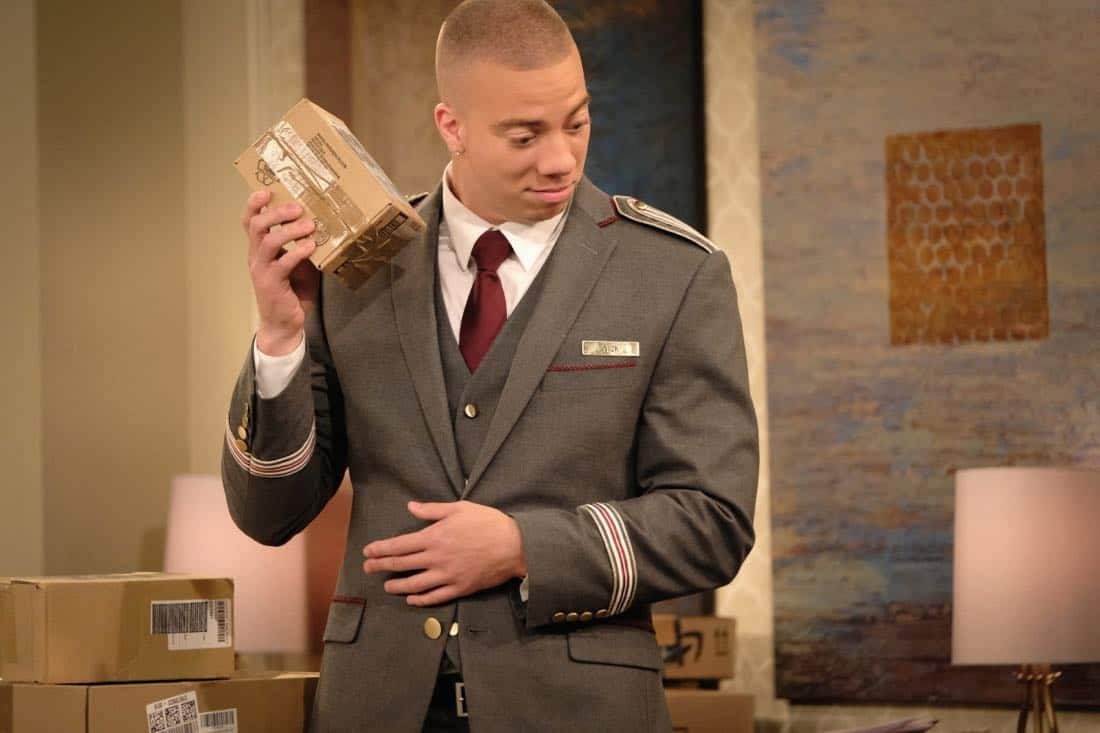 In the new CBS comedy series 9JKL, co-executive producers Mark Feuerstein and his wife Dana Klein have modeled the show loosely on Mark’s own life when he was working on ROYAL PAINS and living in the same apartment building with his parents. Adding to the delightful ensemble are roles carved out for Matt Murray and Albert Tsai, as people who help populate the building of 9JKL. Matt Murray portrays the building doorman who sees the Roberts family day in and day out as their lives intersect in the lobby and hallways of the apartment building. In an exclusive interview, Matt shares what really appealed to him about working on 9JKL.

What initially attracted you to the show?
MATT: A big part of it was Mark [Feuerstein] and Dana[Klein]. Their energy and the script. This is my favorite script that I read in Pilot Season. So when they offered the role to me — Mark and Dana — they told me about the potential of this character and how the ensemble would be a true ensemble. ROOKIE BLUE was all about the team and everybody involved with it. So this continuing ensemble cast and being able to do it in front of a live audience – my background is theater. I have been between film and television and this just offered the best of both worlds of live audience and TV. Plus, the type of humor that this is, it is my type of humor. I love that lightness as well as that immediate response from the audience. And the character was a really fun character just to try and portray. And I love an audience. I love making people laugh.

How is it different doing a straight comedy versus working on ROOKIE BLUE?
MATT: I love making people feel something when they hear it for the first time. In this show, rehearsal is 15 minutes and then you just go. We get a week to rehearse before we get in front of a live audience. So that is where we get to have breakthrough with the characters. We get to find multiple choices for the punchlines and we get to find different ways of doing it. Then on the day, you get to try all of them and see what the audience responds the most to. It just feels fresh every time. I mean what’s better than hearing laughter? It is like: they’re appreciating the work and they are appreciating the you put the time in. So what’s better than knowing that people are appreciating that you put the time and effort into it every time every day? But with drama, everyone’s quiet, no matter what. But with comedy, if you don’t hear a response, you know you didn’t do good and it just didn’t work.

What can you tell me about your character Nick?
MATT: He’s like the soul of the building. He’s the energy, the tone, the first person you see and the last person you see. He feels like he has the history of it. For example, his grandfather was a doorman himself. So, he is kind of stepping into his grandfather’s shoes of being the doorman. It’s a part of his heritage. He could be the doorman from whatever age he started until he’s 80. So he is a part of the history of this building.

He likes hanging around them then?
MATT: Oh, 100%. Seeing Josh (Mark Feuerstein) having these big goals and dreams — we’ve all had those types before we entered into this industry, where there’s somebody that you want to be and you think the world of that person — he’s just attracted to the love that they have and the passion that they have for each other. And that’s what draws him.

What’s it like working with Albert Tsai?
MATT: Oh my gosh. He’s amazing. Our energy meshes very well. We play off each other very well. He’s very open for trying different things and new ideas.

To see what crazy antics and funny situations arise for the occupants of 9JKL, be sure to tune in for the premiere of 9JKL on Monday, October 2nd at 8:30 p.m. on CBS.