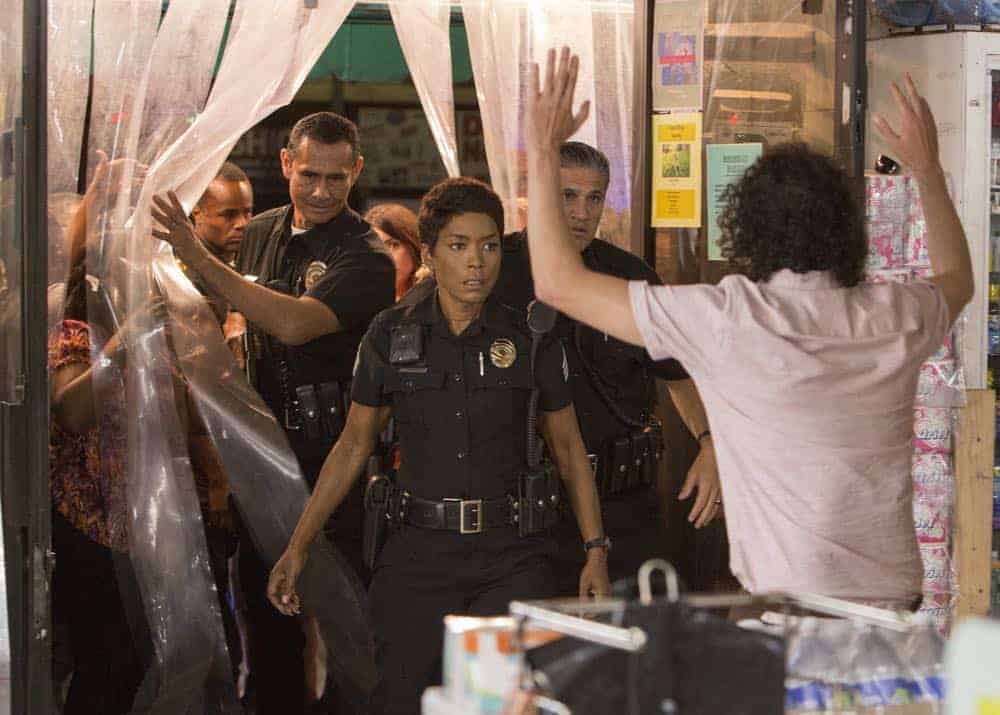 The first responders continue to deal with the fallout of a massive earthquake and its deadly aftershocks. Athena tries to keep the peace as Bobby and team continue to rescue victims from a collapsing high-rise hotel, both under the rubble and high above the ground. Maddie ‘s first day on the job involves helping a pregnant couple deliver their baby safely in the all-new “Help Is Not Coming” episode of 9-1-1 airing Monday, Oct. 1 (9:00-10:00 PM ET/PT) on FOX. (NIN-205) (TV-14 D, L, V) 9-1-1 Season 2 Episode 3 Photos Help Is Not Coming.