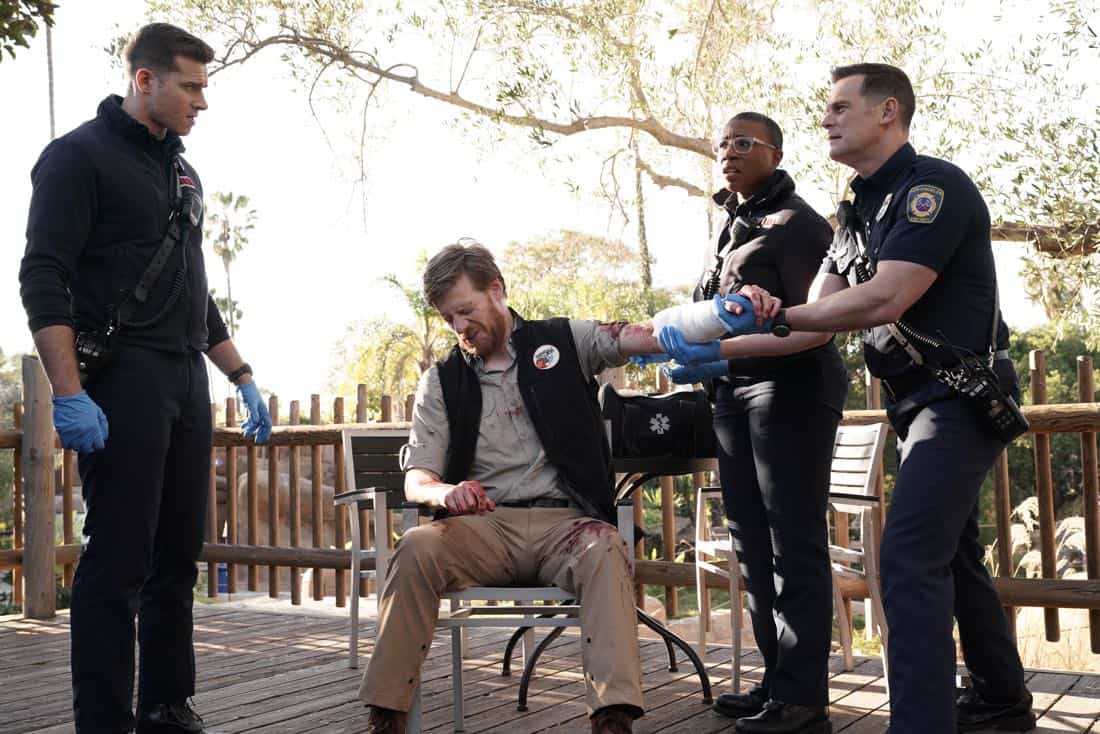 What goes around comes around for an unremorseful widower, an arrogant fitness club owner and an unsuspecting thief. Meanwhile, Bobby gets a surprising phone call from his doctor after donating at Chimney’s blood drive, and Athena confronts Michael after having a heart-to-heart with their kids in the all-new “Karma’s A Bitch” episode of 9-1-1 airing Wednesday, March 7 (9:00-10:00 PM ET/PT) on FOX. (NIN-108) (TV-14 D, L, V) 9-1-1 Season 1 Episode 8 Photos Karma’s A Bitch