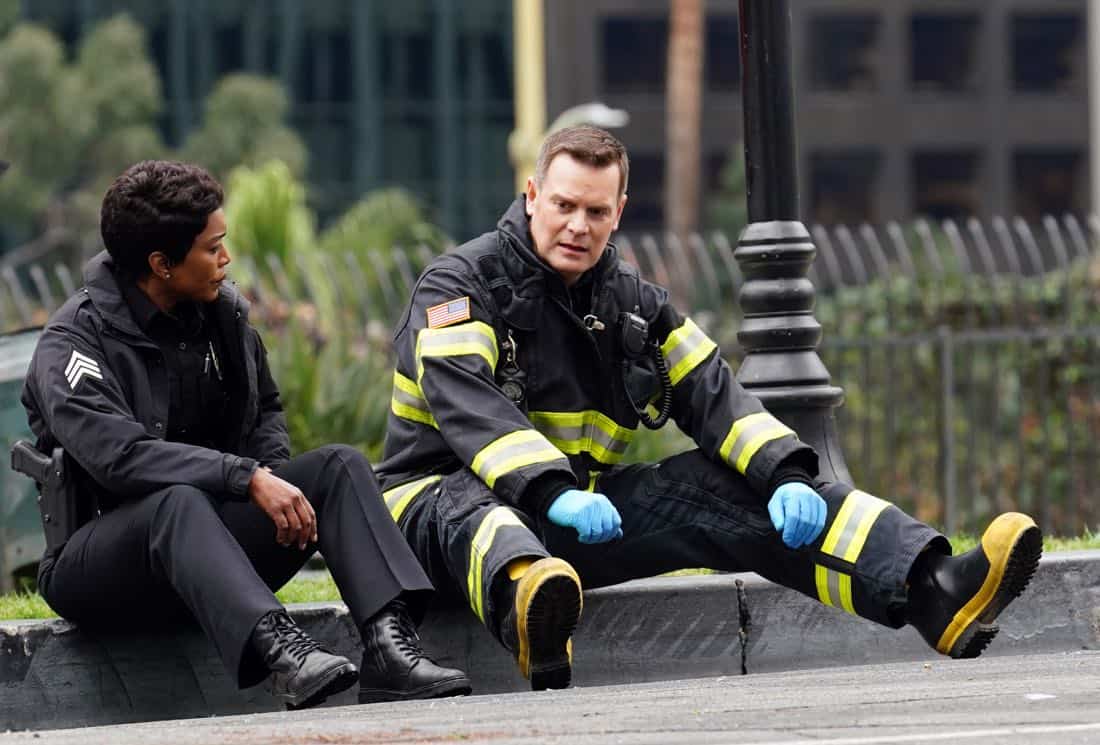 The first responders take calls to help an unusual domestic disturbance, a “death” at a psychic’s and a horrific motorcycle crash. Meanwhile, Bobby dips his toe into the dating pool, Abby takes a walk down memory lane, Buck is confronted by his past actions and Athena tries to start her new life in the all-new “A Whole New You” season finale episode of 9-1-1 airing Wednesday, March 21 (9:00-10:00 PM ET/PT) on FOX. (NIN-110) (TV-14 D, L, V) 9-1-1 Season 1 Episode 10 Photos A Whole New You.