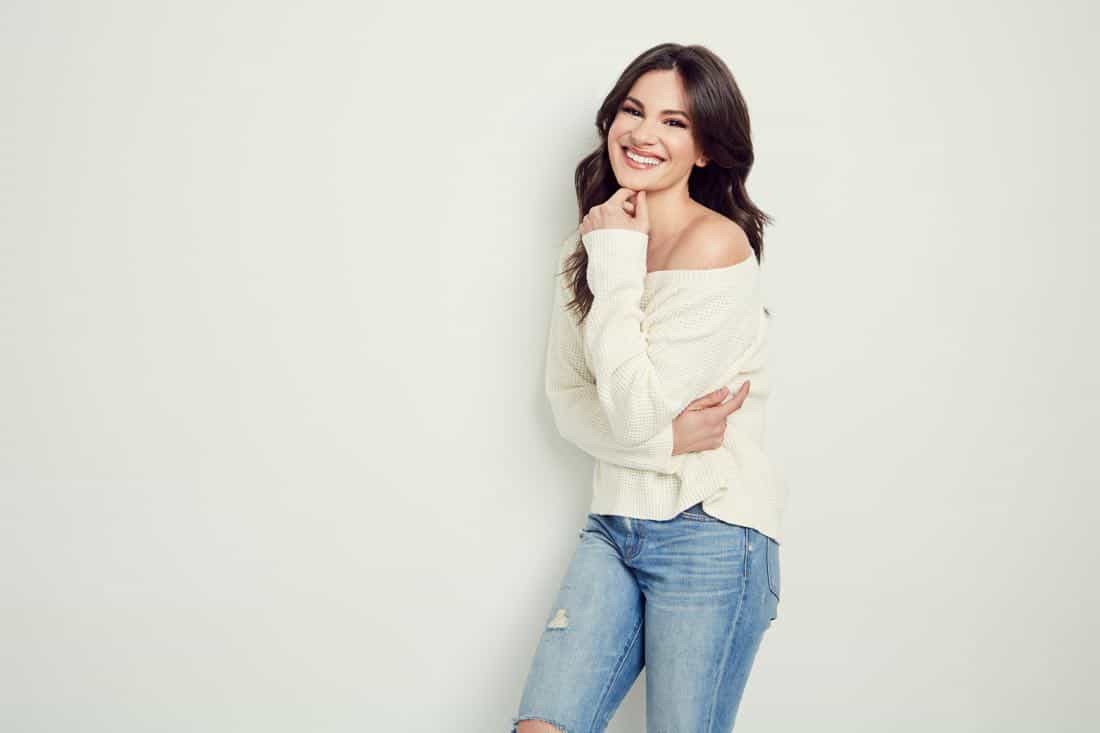 Making great strides this year is Briana Lane who made an appearance in Fox’s “9-1-1” during its memorable Full Moon episode, who also appears in the film “One Nation Under God,” and who nabbed a co-starring role in the new series COUCH PEOPLE. With enthusiasm and determination, Briana embraces each role and stands out as a performer to watch this year. In an exclusive interview, Briana talks about her diverse roles and the lessons she has learned from as a her career grows.

What was the initial appeal for you about portraying Storm and working on Fox’s “9-1-1”?
BRIANA: Getting to be a part of anything that Ryan Murphy is doing is such a career highlight. The producers, talent and writers he employs are insanely gifted visionaries so every show has such a clear style of storytelling making them so artistically fulfilling. I got to recur on one of his other shows NBC’s “The New Normal” and it was the most colorful, kind and smart set I’d ever been on!

How would you describe who Storm is? What do you most admire or like about her?
BRIANA: She really is the centering calm before the storm. She stays focused and clear even in the eye of a storm. I guess what I’m trying to say is that she would weather any storm and never storm off, ya know? Was this fun?

What was it like working alongside the talented ensemble on “9-1-1”?
BRIANA: It doesn’t get any better than Angela Bassett, Connie Britton, Peter Krause and Oliver Stark. What a dream cast! I got to work with Peter and Oliver and they were two of the kindest and most talented people I’d ever met.

What was the initial appeal for you about portraying Emma Sackson and working on “One Nation Under God”?
BRIANA: She was written as a strong female character and that drew me in immediately.

How would you describe who Emma is? What do you most admire or like about her?
BRIANA: She’s a feisty, strong willed and sarcastic journalist. I admire her tenacity and persistence in the storyline— she’ll do anything to break a story that she believes in and she has the added challenge of having to work her way up in a very male centric news studio. There is also a younger female character who idolizes my character in the film. I love that the writer added that in so much because it really showcases how important strong female role models are for young women growing up.

What was it like working alongside the talented ensemble on “One Nation Under God”?
BRIANA: We got so lucky with our cast. Everyone was so kind and fun to work with that it felt like summer camp. We filmed everything in Baton Rouge, Louisiana so it was exciting getting to explore the city alongside the cast and crew. Whether it was chatting with Kevin Sorbo at our very Southern catered lunches or going to a downtown blues concert with Caspar Van Dien and co or experiencing my first craw fish boil in the countryside with our makeup artist’s family, it was one of the most memorable experiences I’ve had so far in my career.

What are you most proud of about working on “One Nation Under God”?
BRIANA: It has the most beautiful message: even if your beliefs or something you stand for does not fit with the majority, still fight to have your voice heard. I think it’s a very helpful message especially with what is going on in our country right now with party division (and the list goes on). The film’s message is a unifying one that doesn’t exclude anyone based on race, gender, etc. (More information about the film can be found at the film website: https://www.onenationundergodmovie.com/ and on Twitter @onenationmovie)

What has surprised you most about your career so far?
BRIANA: Getting to work with people that you are genuine fans of or people you grew up watching. I think that’s the craziest part. I watched Boy Meets World religiously as a kid so when I played Ben Savage’s wife on Bones, I remember thinking to myself “what is this life?!”

Has there been any great advice you have gotten about working as an actor?
BRIANA: Support your friends and do the work. Your friends are your community and your community is so important and vital for your sanity and any potential collaborations. And the work… Take all the classes, do all the plays and don’t get lazy.

What advice would you offer to other upcoming and aspiring actors?
BRIANA: This isn’t a five year long career, it’s a lifelong career.

At a time when women’s voices are rising to be heard and respected around the country and world, what do you recommend your fans do to lend support in that endeavor?
BRIANA: Donate to women’s organizations, love and respect the women around you and call your mom!

Do you have any other upcoming projects that you can share that fans should keep an eye out for?
BRIANA: Yes! I just booked a recurring in a pilot for the CW starring Taye Diggs and I’ll be in an upcoming episode of CBS’s NCIS. My band Winslow will also be releasing an album this year.