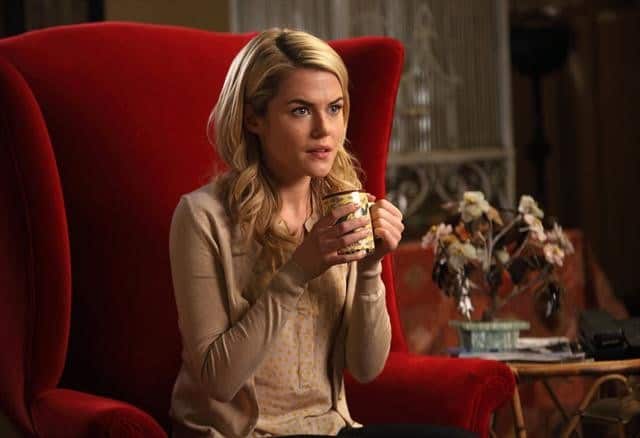 666 PARK AVENUE Season 1 Episode 9 Hypnos Promo : 666 PARK AVENUE – “Hypnos” – Jane is hurled back in time to October 1927 by the mysterious Maris Elder, who hypnotizes her in an effort to find out where she disappeared down the spiral staircase. Her time travel adventures unlock secrets long hidden in Peter Kramer’s apartment, where his wife was murdered, and shows Jane that her family has a dark legacy that’s tangled with The Drake’s history. Meanwhile, Gavin talks to Henry about the possibility of becoming a city councilman, but his chances may be destroyed by the leak of some sensitive personal information. And in a shocking revelation, Sasha’s identity is exposed, on “666 Park Avenue,” SUNDAY, DECEMBER 2 (10:01-11:00 p.m., ET), on the ABC Television Network.