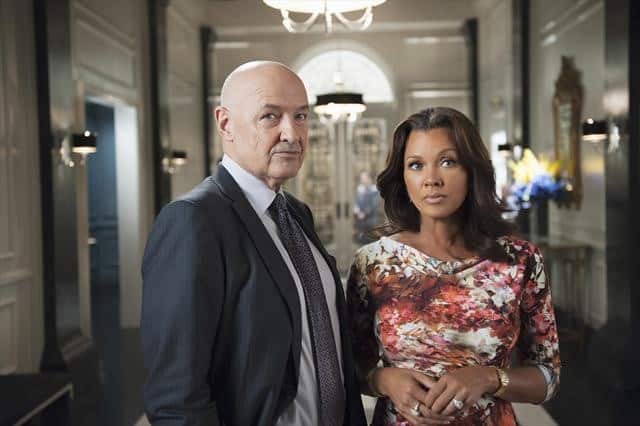 666 PARK AVENUE Season 1 Episode 8 What Ever Happened To Baby Jane? Promo : 666 PARK AVENUE – “What Ever Happened to Baby Jane?” – Jane disappears without a trace, forcing a despondent Henry to worry for her safety and sanity. When she suddenly pops up in the middle of Times Square dazed and confused and is taken to a hospital for observation, Jane discovers that a horrible fate may be waiting for her there. Meanwhile, Gavin has Victor Shaw held captive in The Drake’s boiler room with Kandinsky torturing him to give up the location of the red box. Shaw, however, shockingly reveals to Gavin his knowledge of what really happened to his daughter, Sasha, and threatens to tell Olivia. Finally, to Brian’s dismay, he discovers that unless he is with Alexis, his creativity vanishes, on “666 Park Avenue,” SUNDAY, NOVEMBER 25 (10:01-11:00 p.m., ET), on the ABC Television Network.