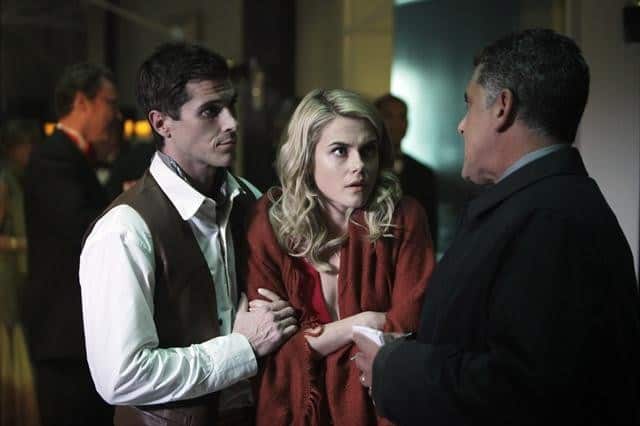 666 PARK AVENUE Season 1 Episode 5 A Crowd Of Demons Promo : “A Crowd of Demons” – As Olivia works to put the finishing touches on the lobby for the annual Drake Halloween costume gala, it brings to mind another memorable Halloween night in 1929, when murder and mayhem reigned in the building. However, now it’s Jane who finds herself in the crosshairs of the spirit from the suitcase. Meanwhile, Gavin receives cryptic texts from an unknown source threatening Olivia’s safety, and Henry meets a media consultant interested in propelling his political career. A jealous Brian questions Louise about her rendezvous with Dr. Evans while she was recovering from her elevator accident, and one of Gavin’s most crucial personal possessions is missing by the end of the evening, on “666 Park Avenue,” SUNDAY, OCTOBER 28 (10:01-11:00 p.m., ET), on the ABC Television Network.