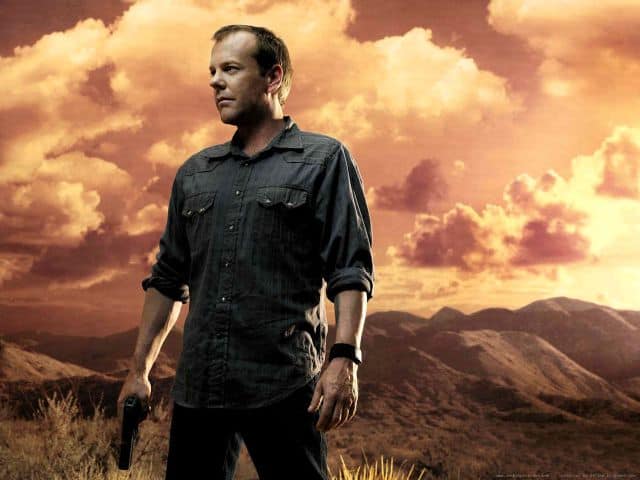 Twentieth Century Fox Television, Imagine Television and FOX are sending the production of 24: LIVE ANOTHER DAY across the Atlantic to London for a thrilling international adventure, as the new tent-pole event series restarts the clock on the groundbreaking and Emmy Award-winning drama franchise starring Kiefer Sutherland. As previously announced, 24: LIVE ANOTHER DAY will make its historic debut in the summer of 2014 on FOX.

“‘24’ has always had such a global sensibility,” said Sutherland, who also serves as an executive producer on the event series. “But to be able to tell this intense ‘24’-style story with the beauty of Europe’s history and architecture as the backdrop is going to be fascinating. Hopefully, by the time you’re finished watching an episode, you’ll feel like you’ve been there…on the edge of your seat.”

Co-showrunner and executive producer Evan Katz added, “We wanted the show’s return to be an event, and part of that was putting Jack in a very different context. Four years ago, we left Jack a fugitive from justice and we’re going to pick him up four years later in London.”

Co-showrunner and executive producer Manny Coto continued, “Jack is soon back on the run and it takes us into the streets of London and in places that break new ground for the show. We’ve shot in New York, Washington, Los Angeles and Cape Town — but now we’re in London and Jack’s loose on the streets of Europe, hunted by and hunting bad guys.”

Originally premiering November 6, 2001, “24” was nominated for a total of 73 Emmy Awards, winning for Outstanding Drama Series in 2006. Over the course of eight seasons, and a two-hour telefilm, Sutherland garnered seven Emmy Award nominations and one win for Outstanding Lead Actor – Drama Series. While the series gained global recognition, Sutherland’s portrayal of the legendary character penetrated the American psyche like no other dramatic television character to become part of the cultural lexicon.

24: LIVE ANOTHER DAY is a production of 20th Century Fox Television and Imagine Television in association with Teakwood Lane Productions. Howard Gordon, Brian Grazer and Kiefer Sutherland will executive produce, along with an additional team to be announced. The original series, which had its last American broadcast on May 24, 2010, was created by Joel Surnow and Robert Cochran.