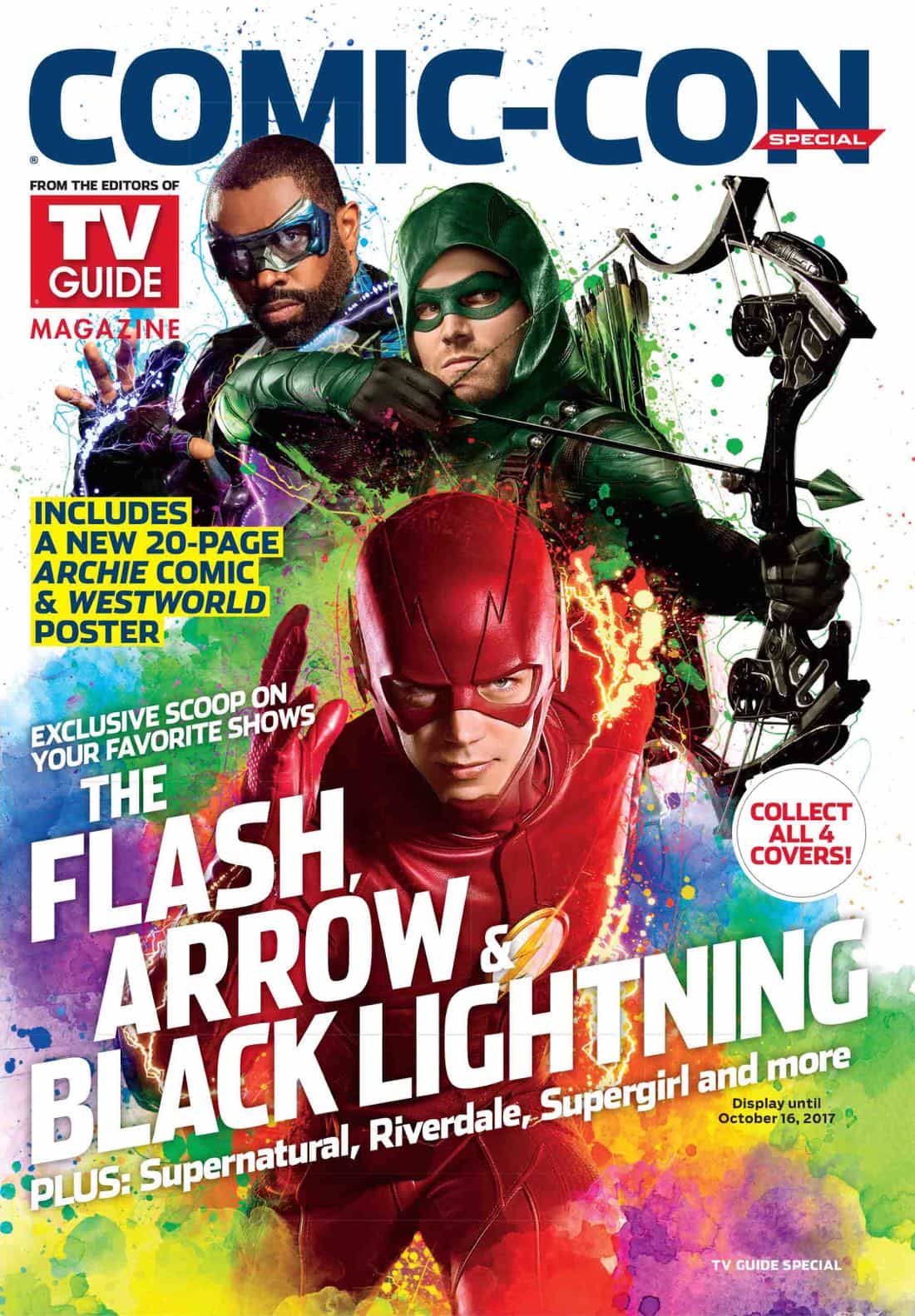 The CW’s stable of DC Super Heroes joins Riverdale students and Supernatural as the annual partnership of Warner Bros. Television (WBTV) and TV Guide Magazine reconvenes for the eighth year in a row, joining forces on another special Warner Bros.–themed Comic-Con special edition of the magazine. The four collectible covers feature the following WBTV series and stars:

Fans reading the 88-page special issue will find features and photos dedicated to the following programs:

And if that’s not more than enough for you, there’s more, including:

For additional information about Warner Bros. Television’s activities at Comic-Con, please follow @warnerbrostv on Twitter and join in the conversation by using hashtag #WBSDCC, or visit http://comiccon.thewb.com.