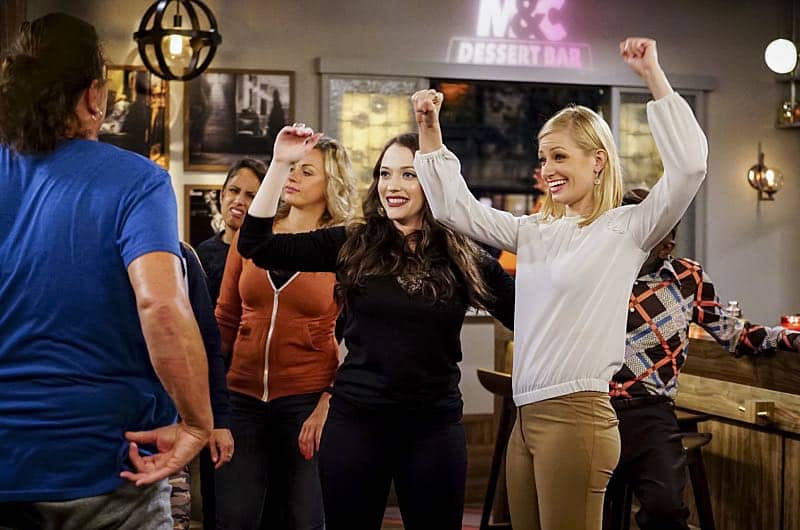 “And the 80’s Movie” – Max and Caroline’s plans to attract a more sophisticated clientele to their dessert bar take a turn when Max befriends a bouncer whose team of arm wrestlers becomes their latest patrons. Also, Max and Randy continue to text each other, but when she runs out of sexy messages to send him, Oleg offers to be her ghost writer, on 2 BROKE GIRLS, Monday, Oct. 17 (9:00-9:30 PM, ET/PT), on the CBS Television Network. Dot Marie Jones (“Glee”) guest stars as arm wrestler Big Reba.

THE WALKING DEAD Renewed For Season 8