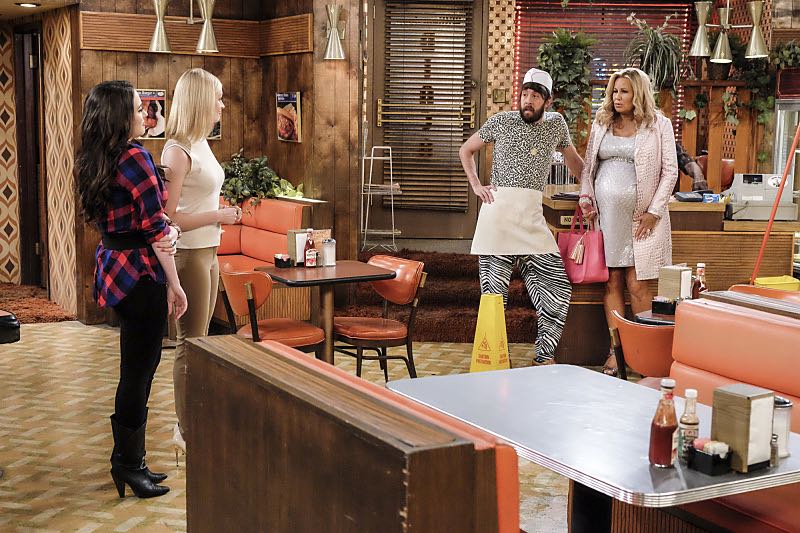 “And the Two Openings: Part Two” – When Sophie goes into labor just before the Dessert Bar’s grand opening, she demands that Max and Caroline be present for the birth. Also, the girls run into problems when they don’t secure a liquor license for their new venue, on the sixth season premiere of 2 BROKE GIRLS, Monday, Oct. 10 (9:30-10:00 PM, ET/PT) on the CBS Television Network.  2 BROKE GIRLS Season 6 Episode 2 Photos And the Two Openings: Part Two