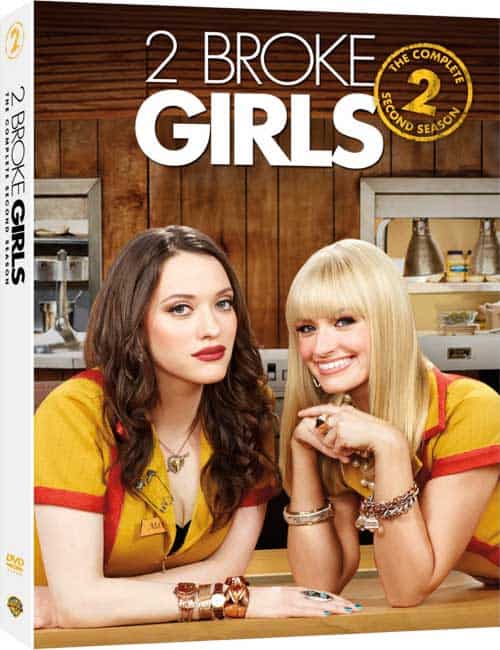 Best friends Max (Kat Dennings) and Caroline (Beth Behrs) are still waiting tables in Brooklyn, but the future looks bright for their start-up business venture. There’s a boost from a famous television personality’s review of Max’s cupcakes, a lucky break in real estate, and a surprise influx of cash, resulting in the grand opening of Max’s Homemade Cupcakes! But success doesn’t happen overnight. There are rat droppings to be dealt with. Plus ex-boyfriends and a new flame. Not to mention long nights packing a pastry gun. And that eviction notice. The girls’ hearty humor and wicked sarcasm, diner pals Earl (Garrett Morris), Oleg (Jonathan Kite) and Han (Matthew Moy), and sexpot neighbor Sophie (Jennifer Coolidge) make working for a living worth laughing about in all 24 Season Two episodes of the smash hit 2 Broke Girls. Ka-ching!

1. Max’s Homemade Cupcakes: Go Big or Go Broke! – This fun filled featurette explores the highlights of Season 2, including the successes and failure of Max and Caroline’s cupcake business, the evolution of each character, and where the show might go in the future. Includes interviews with the cast, writers, and creator.