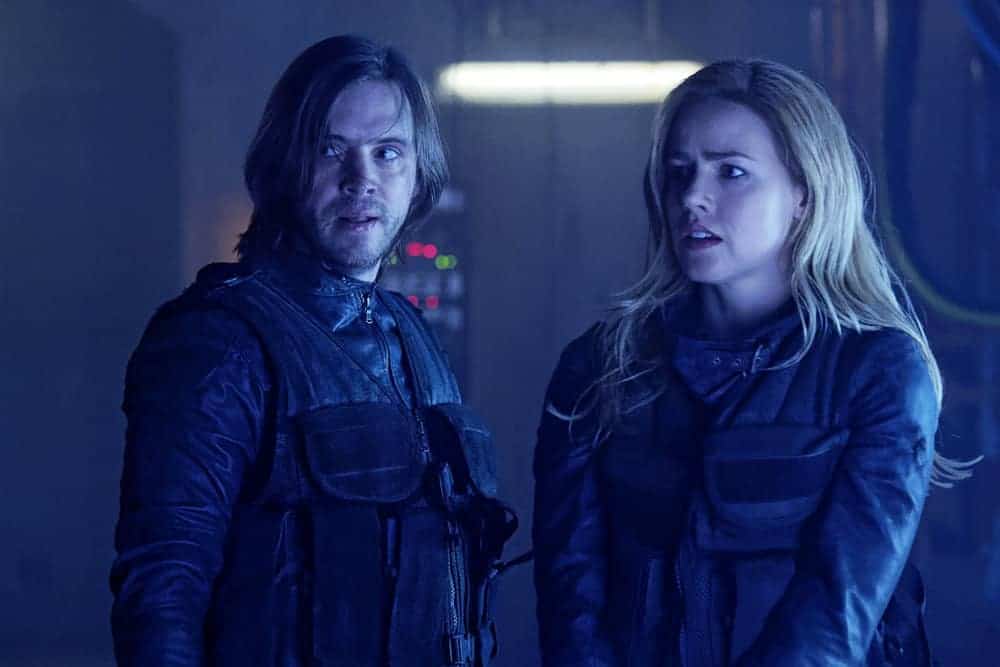 The final conflict with the Army of the 12 Monkeys begins when the Witness returns to Project Splinter. 12 MONKEYS Season 4 Episode 1 Photos The End.

“12 Monkeys” follows the journey of James Cole (Aaron Stanford), a man sent back in time to eradicate the source of a deadly plague, and his partner, brilliant virologist Dr. Cassandra Railly (Amanda Schull). While attempting to untangle an insidious conspiracy that’s been spun throughout centuries, the duo embark on a desperate search across time to find the man responsible for the apocalypse – a time traveler who calls himself the Witness. Killing the Witness will save the world, but the journey will come at tremendous personal stakes for the pair. “12 Monkeys” also stars Emily Hampshire (Jennifer Goines), Barbara Sukowa (Katarina Jones) and Todd Stashwick (Deacon).

In Season 4, James Cole and Dr. Cassandra Railly set out on an epic quest, traveling further back in time than they have ever been before. According to legend, their only hope lies with a weapon capable of stopping the Witness for good. But they’ll soon discover that in order to win the final battle and save time itself, they will have to make the ultimate sacrifice.