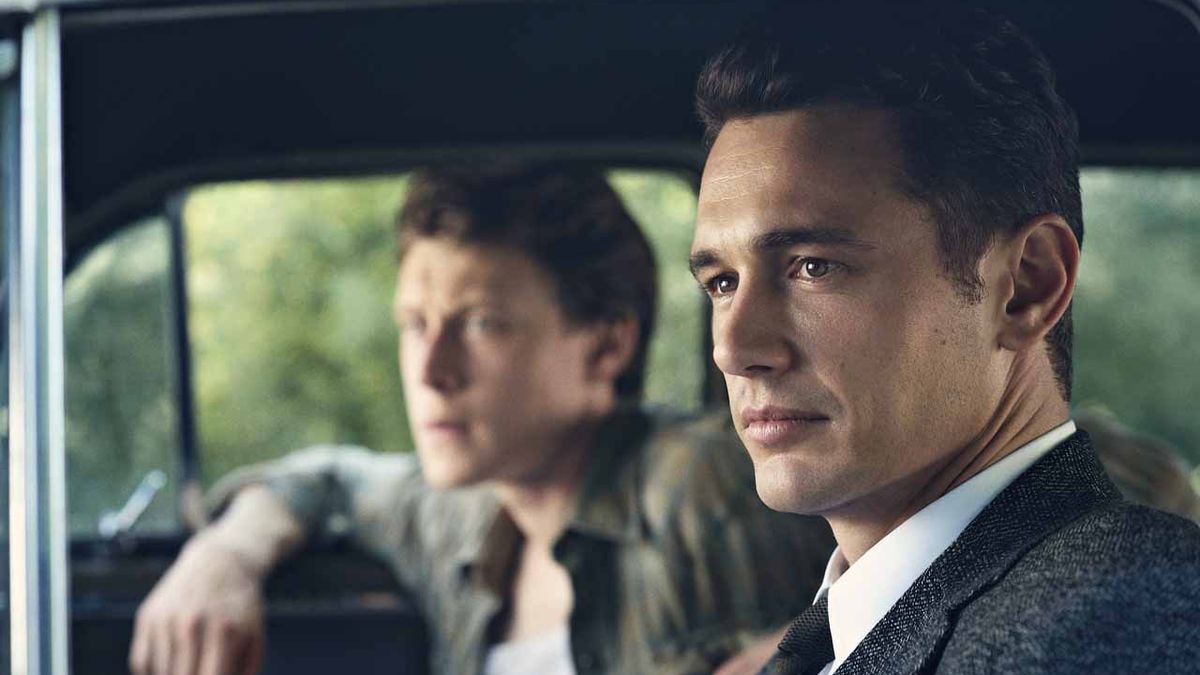 Hulu takes a stab at high concept drama with 11.22.63, which premiered today. Based on the novel of the same name by Stephen King, the story finds Jake Epping (James Franco, The Interview) tasked with traveling back in time through a closet to stop the assassination of JFK. Can he do it, and should he even attempt it? Those are the questions at the heart of this show.

Having seen many adaptations of King’s work, I’ve come to expect a certain tone and manner in which the shows or movies play out. There are usually washed out colors, slow stares, and a general feeling of creepiness. That is present in 11.22.63. There are also usually many scenes that would obviously be better in the book, moments in which we really need to see inside of a character’s head and can’t. Most novel adaptations compensate for this by adding scenes showing us something that telegraphs or illustrates a character’s thoughts. For some reason, those who tackle King’s work often don’t, just letting scenes play out awkwardly to stay closer to the source material. This is also present in 11.22.63.

The concept is a cool one. Besides killing Hitler, what other historical event is more often dreamed of being changed that the killing of Kennedy? If someone has a chance to give this a shot, why not try?

Well, that brings us to the thought exercise of if history should be changed. Early in the pilot, Jake says out loud that things play out for a reason. This is something many people believe, but another character, Al Templeton (Chris Cooper, American Beauty), wonders if that is true. Do people just repeat that phrase because it makes them feel better, less helpless at being unable to change the past? Or is there a wisdom to it?

There’s also the contrast between big events and small ones. Maybe saving JFK would be wrong because of the global scale of it, but maybe protecting a boy’s family might be OK. This is something the series seems to be heading towards, but isn’t to yet.

A horror movie franchise called Final Destination has explored this concept, making Death an unseen character that seeks revenge on those who seek to thwart His will. 11.22.63 echoes that idea, with Time fighting any important changes Al or Jake seek to make (though fails to satisfactorily define important). This actually makes the audience root for change to happen, even those who might think things happen the way they are supposed to, by casting the other side as malevolent, but is that the smartest approach?

I can’t help but think that 11.22.63 would be better served by pondering the moral implications of messing with history and the unknown consequences of the butterfly effect, rather than making it a good (us) vs. evil (the way things are) tale. I have not read the book version of this, and King might find a way to better cast the scenario in his written work. But as I watch 11.22.63, I feel like the show touches on something really complex and interesting, then shies away from it to tell a much simple tale. Not to mention, the origin and purpose of the time traveling closet remain a mystery unlikely to be solved.

My frustration grows when I see the cast, who may not be A-list, but includes a number of performers I enjoy. Cooper and Franco do pretty well, and glimpses of Jonny Coyne (Nightcrawler) and Josh Duhamel (Transformers) promise more to come. Some of the main players, like Cherry Jones (24) and T.R. Knight (Grey’s Anatomy) don’t even show up in the pilot, but I am curious about what role they will play.

I like 11.22.63, but I don’t love it. I’m intrigued enough to check out another episode, but not ready to set a season pass yet.